End of a protest

End of a protest 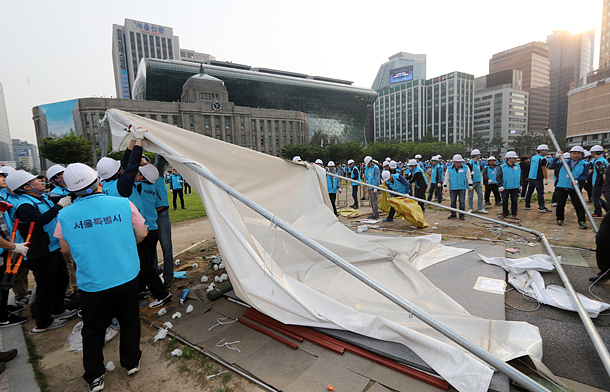 Seoul Metropolitan Government officials on Tuesday break up camps of supporters of former President Park Geun-hye, who illegally occupied a part of Seoul Plaza in central Seoul for more than four months to protest Park’s impeachment over a corruption and abuse of power scandal. [YONHAP]