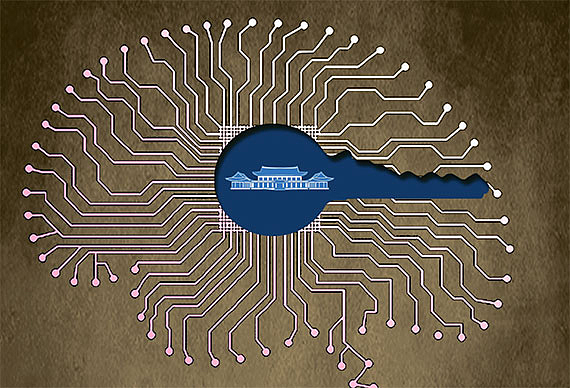 Confidence in the performance of South Korea’s new President Moon Jae-in approached 90 percent in a recent poll, reflecting high expectations for a new administration launched with promises of rebuilding the nation. Moon’s government, first of all, should map out a strategy and policy outline for a short and mid-term agenda to live up to these expectations of it playing a historical role.

According to a World Bank study, South Korea was among a group of countries that includes Japan, Spain, Portugal and Ireland that ascended above the middle-income trap between 1960 and 2008. The International Monetary Fund and other organizations have placed South Korean in the developed or high-income category since 1997.

But reality is a somewhat less rosy picture. Korea’s per capita income has been stuck in the $20,000 range since 2006. Prospects are even darker if you consider that Japan’s incomes have stagnated in the $30,000 range since 1992. We still have far to go to be confidently in the ranks of advanced states. It is imperative to hoist growth potentials that are expected to fall under 2 percent over the next few years. We must ride the fourth industrial revolution to hone productivity to overcome our structural weaknesses from our rapidly aging society and low birth rate.

The transition to the fourth industrial age categorized by big data-based computing and full automation has been faster than many predicted. Google’s artificial intelligence (AI) software AlphaGo recently defeated the world’s best Go player, Ke Jie. Given the dizzy pace of evolution in AI, South Korea’s Lee Se-dol, who was the first human champion to be pitted against the Google software last year, may remain the only human player to have scored a win against an AI-backed machine.

The new administration’s top agenda should be building the foundation and infrastructure to keep Korea Inc. ahead in the fourth industrial age. It must revamp our education system to breed creative and innovative minds and build public-private networks on training and retraining programs for the entire working population. In a recent survey on happiness levels of young students by the Organization for Economic Cooperation and Development, South Korea ranked 47 out of 48 countries. A suffocating and stressful education environment can hardly foster innovative minds.

Next, the government must bring flexibility to the labor market as workers will have to change jobs frequently in a society where computers and machines will replace laborers in many fields. Moon’s government must benchmark the example of Germany, where a progressive Social-Democrats-led government under Chancellor Gerhard Schröeder executed a serious of labor reforms.

Various laws and systems supporting traditional manufacturing should be removed to pave the way for a new business and industrial environment. Big data, which will be the primary knowledge source for the fourth industrial age, must become accessible for adaptations and applications. AlphaGo could not have been born if not for its rich data and understanding of innumerable techniques of past and present Go players.

China, which has embraced the new revolutionary age, has advanced AI-related technologies almost at the levels of the U.S. Cash-rich China has invested heavily in research and development and recruitment of talent from overseas. China has emulated the Industrie 4.0 agenda of Germany through a transition into smart or automated manufacturing with its own version, the Made-in-China 2025 project.

Beijing’s economic retaliation for Seoul’s deployment of the Terminal High Altitude Area Defense (Thaad) system has been limited to tourism and non-manufacturing areas. Exports to China remain intact because Korean shipments to the nation are mostly intermediary products. That could change once China can localize production of parts and components to push the use of home-made products up to 70 percent by 2025 as envisioned. Korea Inc. must be fully aware and prepared against the geopolitical risk.

Moon vowed to set up a presidential committee devoted to preparations for the fourth industrial revolution. The committee should address all the major national issues — education, labor, system and technology. It can bear fruit only when policies for the short and long term are pushed ahead with resolution and consistency.