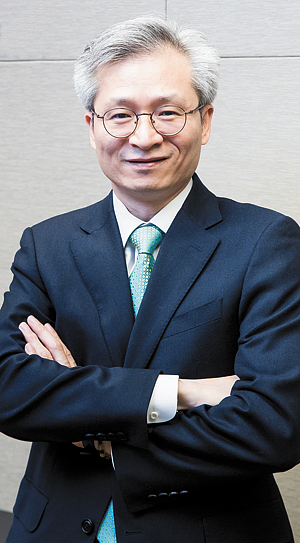 Hanmi Pharmaceutical, one of Korea’s largest drug makers, has contributed greatly to domestic economic growth by expanding into the global market. It has found success in the industry by modifying already existing drugs and developing new innovative medicine.

Most recently, Hanmi released a combined treatment for prostatic hypertrophy and erectile dysfunction called Gugutams Cap. The company has also received approval to sell a complex drug called RaboneD that contains essential nutrients for patients with osteoporosis and a combination drug called Monterizine that treats allergic rhinitis, commonly known as hay fever. These products have managed to impress the world’s drug market.

Hanmi attributes its success to bold investment in research and development. As the industry faces stiffer competition, the company believes technological competitiveness will be the sole determinant of a successful drug developer, and that can only be achieved be introducing unique and distinct products.

Based on this principle, Hanmi continues to develop core technologies for differentiated medicine with the goal of creating new products and new possibilities. Reflecting on Hanmi’s over 40-year history of medicine making - from generics and incrementally modified drugs to innovative products of its own - anticipation is high that the Korean drug maker will continue to develop higher-quality medicine that offers better options for physicians and their patients.

“Our company has established an efficient cycle and spends the revenue generated from sales of modified and new drugs on developing new products,” said Woo Jong-soo, CEO of Hanmi Pharmaceutical. “We plan to continue introducing modified drugs and new products to earn customers’ trust, as our slogan at Hanmi is ‘creation and challenge.’”