How to create quality jobs

How to create quality jobs 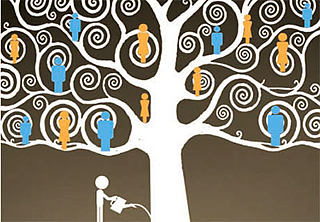 When a woman reported to the police that her underwear was missing from a clothesline, five officers showed up to investigate. In another case, the cops staked out for a week to catch a thief who stole beer from a supermarket. The police patrol college campuses looking for “students with problems.” And in neighboring Japan, The Economist recently reported that police were on the lookout for petty crime.

Japan does not require a big police force because the crime rate is low and the population aging. But in the past 10 years, Japan has increased the size of its police force, and the number of cases that each officer handles is decreasing. According to a recent UN report, there were 0.3 murder victims and 2.4 robbery victims per 100,000 people in Japan, far lower than the respective 4 and 102 in the United States.

And yet, there are 203 policemen per 100,000 Japanese citizens compared to 197 per 100,000 Americans. The ratio of policemen to population in many European countries is larger, but their crime rate is also considerably higher.

Korea is comparably safe, with a low violent crime rate and strict gun control. There are 0.7 murder victims and 3.2 robbery victims per 100,000 Koreans, but there 222 policemen per 100,000 people, excluding maritime, combat and conscripted police. That’s far higher than in Japan and the United States. The Park Geun-hye administration dramatically expanded law enforcement recruitment to increase the number of public jobs and end the “four evils.”

But the petty crime rate has not changed, and more human rights infringement is occurring. The treatment of law enforcement officials should be improved, and police forces should be equipped with the capacity to respond to new crimes and serve the public. Instead of increasing the number of civil servants without surveying the demand for public service, qualitative improvement should be the priority.

President Moon Jae-in’s economic pledges prioritize job creation. Adding jobs in the public sector serves as a primer for overall job expansion. The new administration has promised to add 174,000 positions for firefighters, policemen, social workers, non-commissioned officers and labor supervisors, and create 810,000 jobs in the public sector by reducing work hours. The president’s jobs policy is important because youth unemployment is at a historic high of 11.2 percent. Necessary public jobs should be added.

However, the expansion should be implemented carefully since increasing the number of public jobs will come with long-term financial burdens, including higher wages and pensions. It is unclear how Moon will create the 810,000 jobs. The budget for new hires has yet to be determined. Public agencies with unhealthy finances may be burdened in the future if they drastically increase the number of salaried employees.

The youth unemployment issue cannot be easily resolved by increasing the number of civil servants. Currently, 257,000 Koreans are preparing for the civil service exam, and in the first round for police, 39,140 men applied for 1,100 seats and 14,181 women for 112 seats. Even if the government raises the number of public jobs, competition will still be high.

Those preparing for the civil service exam are not included in unemployment statistics, and the unemployment rate may seem lower when more people apply for public jobs. When young ambitious people are not engaging in productive economic activities, the economy will decline and small and medium-sized businesses will struggle to hire competent workers.

The civil service is a coveted position among young people because quality jobs are scarce. The economy should be able to provide many other jobs that offer stability, benefits and labor conditions that are just as good as public-sector jobs. We need regulatory reform to create quality jobs in the service industry. We need new technological fields and policies that enhance productivity and wages at small and medium-size companies. We need labor reform that improves working conditions and treatment based on competency and functions. We need to boost entrepreneurship, support start-ups and help small businesses innovate to increase employment.

The JoongAng Ilbo’s “Reset Korea” project proposed a plan for the government to select a group of young talent and have them acquire field experience at innovative small and medium-size companies so that young people can avoid the “stigma” of choosing a small or midsize company for their first job. We need to create an environment where young people are not afraid of failure when starting their own businesses and are willing to work for small and medium-sized companies for career experience.

It is regrettable that young people are unable to find a satisfying job after graduating from college. Economic policies should be implemented based on cost-effectiveness even when intentions are good. An easy solution could lead to long-term problems. Fortunately, there are signs that the Korean economy is recovering. Rather than fretting over immediate numbers, the new administration will hopefully promote wise policies to change the economic structure and create quality jobs.

*The author, a former senior economist at the Asian Development Bank, is an economics professor at Korea University.