T.O.P under investigation for marijuana use

T.O.P under investigation for marijuana use 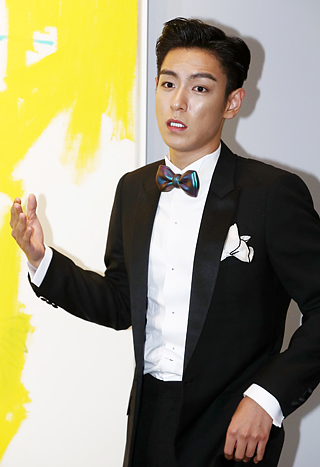 Rapper Choi Seung-hyun, better known as T.O.P of boy group Big Bang, who is currently serving his mandatory military service in the promotional unit of the National Police Agency, has admitted to smoking marijuana, an illegal substance in Korea, before his service.

The Narcotics Unit of the Seoul Metropolitan Police Agency was tipped in April that the rapper had smoked marijuana. The police then initiated a hair follicle drug test while the rapper was still in the recruit training center and the results were positive. Police found out that the rapper had smoked marijuana three different times with an unidentified female at his home in October. The female also tested positive for marijuana and admitted to smoking the illegal substance during investigations.

Choi has yet to put out a personal statement, but YG Entertainment, his agency, has offered an official apology and confirmed the facts.

“We have checked in with the police and we can confirm that Choi has been investigated by the police. He has admitted to most of the charges against him and is deeply regretting his actions.”

Gangnam Police Station, where Choi is currently serving, said, “As the actual crime was committed before his service, we will not take disciplinary action.”

However, the police station claimed that the rapper could be transferred to another unit.