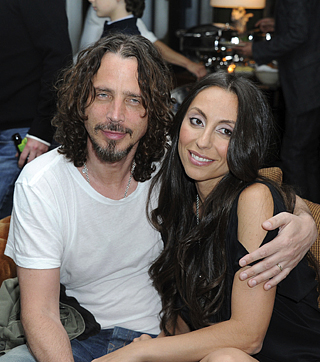 LOS ANGELES - Chris Cornell’s widow says she’s grateful for the support her family has received in the wake of the Soundgarden frontman’s death last month, but she still doesn’t know what caused him to hang himself.

Vicky Cornell says in a statement Thursday that she is still awaiting the toxicology reports she hopes will clarify the circumstances around her late husband’s apparent suicide.

“We still have several unanswered questions about what led to his death,” she said. “We believe the toxicology report will answer these questions.”

Chris Cornell was pronounced dead May 18 when he was found unresponsive in a Detroit hotel room hours after performing a concert with Soundgarden. Coroner’s officials said preliminary autopsy results show the singer hanged himself, but Cornell’s family disputes the findings and claims he may have taken more of an anti-anxiety drug than he was prescribed. AP