Reynolds, Fisher collectibles up for auction

Reynolds, Fisher collectibles up for auction 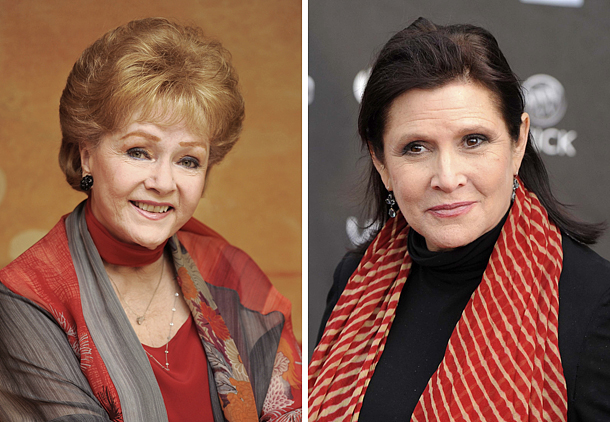 LOS ANGELES - The hillside estate where Carrie Fisher and Debbie Reynolds lived is being sold, and numerous personal items and movie memorabilia they own are hitting the auction block.

The Profiles in History auction house announced Thursday that it will sell more than 1,500 items that belonged to the two actresses, who died a day apart in December and were buried together in January. The real estate firm Williams & Williams Estates is handling the property sale.

The Fisher-Reynolds estate sits on 3 acres in Beverly Hills, California, and includes a swimming pool, tennis court and guesthouse. The 1928 hacienda-style home was previously owned by actress Bette Davis and Hollywood costume designer Edith Head. Reynolds and Fisher lived in separate houses on the property, which is listed for $18 million.

The items to be sold at auction in September are bound to be more affordable. Among them are costumes Reynolds wore in “Singin’ in the Rain,” ‘’The Unsinkable Molly Brown” and “Annie Get Your Gun,” and various pieces of “Star Wars” memorabilia, including a life-size C-3PO and bronze Yoda statue.

Reynolds’ pair of replica ruby slippers from “The Wizard of Oz” will also be sold.

Portions of the auction proceeds will benefit mental health charities including The Thalians, which Reynolds co-founded. Proceeds will also support The Jed Foundation, which works to prevent suicides by teens and young adults and was chosen by her Fisher’s daughter, Billie Lourd. AP