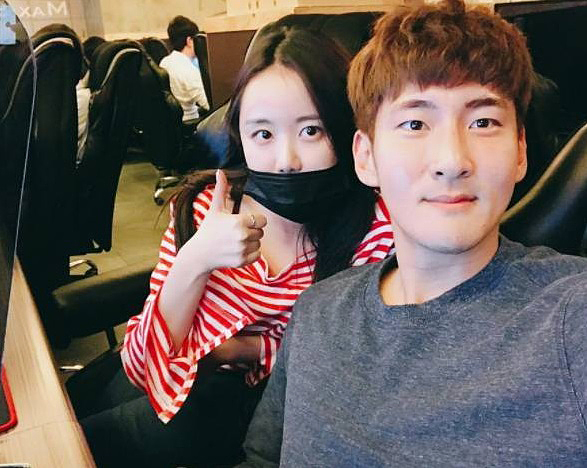 An insider close to Lee said yesterday that the two recently started a serious relationship, but according to a source inside the football club, the two have been going strong for a while. “The two met through a blind date and are currently in a year-long relationship,” said the football club.

Lee currently doesn’t have a management company, but when KOEN Stars, the agency of her father, was quizzed on the matter, it said, “Since Lee Ye-rim isn’t a part of our roster, we can’t confirm anything about her private life.”

Lee first gained prominence on the SBS program “Take Care of My Dad,” appearing with her father. She has chosen a career in acting, having appeared in the web drama “We Love You, Dear Customer.”

Kim rose through the ranks by joining Korea University FC and since 2013 has been a defender for Jeonbuk Hyundai Motors.