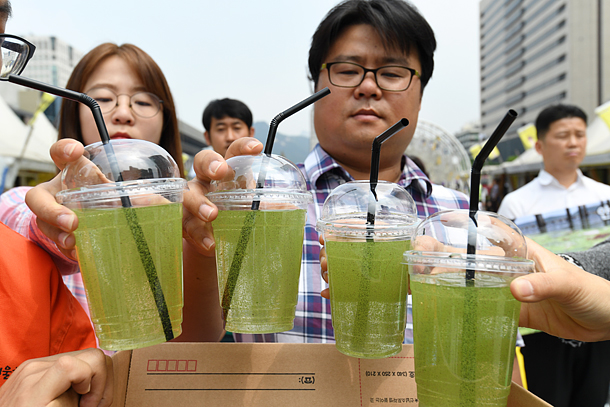 Passersby at Gwanghwamun Square in central Seoul examine cups of water containing algal blooms brought from the Han River on Wednesday. The Korea Federation for Environmental Movements held a press conference at the square to criticize conservative party lawmakers for claiming weirs developed under the controversial four-rivers restoration project have not been responsible for algal blooms across the country. One former lawmaker had claimed the Han River had no algal blooms despite having weirs. [YONHAP]