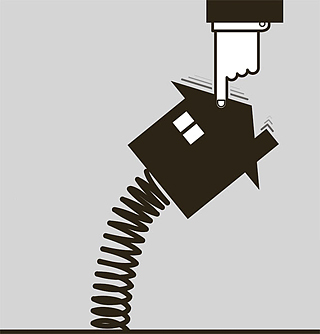 A fisherman faced a storm in the sea and desperately prayed for his life. Then the winds and waves subsided and he was saved. However, it does not prove that you can get through an ordeal by praying to god. As Francis Bacon pointed out, many fishermen who pray but die in the storm cannot not testify to their experiences.

If you made a hole-in-one when you played golf in red socks, it is a coincidence. The red socks have nothing to do with the hole-in-one.
In “The Improbability Principle: Why Coincidences, Miracles and Rare Events Happen Every Day,” statistician David Hand cited a newspaper article about companies whose stock prices surged after introducing stock options for their CEOs.

These events do not show that stock options have a causal relationship with stock prices and performances. It is likely that the reporter only presented such examples and the specific companies’ stock prices may have risen for factors other than stock options. Also, the managers may have predicted that the price would rise before introducing stock options.

To overcome these limits, social scientists try to use as much data as possible and analyze undistorted outcomes using various statistical techniques.

Important theories are evaluated by fellow researchers, published in journals and follow-up research confirms the outcomes before being included in textbooks. But in Korea, many claims lead to policies without objective verification or screenings.

There are grounds to believe that a wage increase could lead to a higher economic growth rate, in theory. As wages make up the biggest portion of household income, higher wages mean increased household income, and increased demand encourages production. It leads to a good cycle, boosting income further.

But there are counter-arguments. Evidence supporting this effect is lacking. Wage is a household income, but at the same time, it is a businesses cost. Increased costs affect corporate investment and exports negatively. Excessive wages means less income for small business owners, which can lead to a reduction in employment. When businesses cut down jobs, the total labor income would not necessarily grow.

Policies whose effects on household spending are proven include providing coupons for necessities to low-income households, directly offering childcare and education subsidies and temporarily cutting taxes on durable consumer goods. This means various policies can be used to boost demand. Furthermore, sustainable growth will be possible when good jobs are added and supply policy enhances productivity.

As of May 2017, in four Gangnam districts, housing transactions of owners under age 29 and the number owners with more than five units drastically increased compared to the same period last year. There are claims that the housing price is rising due to “speculative real estate transactions.” But there is not enough evidence that their role is a major cause of the real estate price increase, as their purchases make up a small portion of the total transactions.

For stable control of the housing price, real estate speculation, medium and long-term housing supplies, a lease deposit hike stemming from low-interest rate and increase in household loans all need to be comprehensively reviewed.

When a policy is adopted, it should be objectively reviewed based on sufficient data. But people tend to accept what coincides with their own beliefs. The psychological tendency to believe what they want to believe is called “confirmation bias.” Intuitive thinking can lead to bad judgment, but people are often reluctant to acknowledge evidence disproving their claims. Warren Buffett said that investors fail due to their confirmation bias of believing favorable information.

The government is more prone to make mistakes when only the people with the same ideas get together. When deciding on important policies, the “devil’s advocate,” who intentionally counters arguments, may be needed.

You are more likely to be trapped by confirmation bias when you read news reports and postings on media and social network that agree and support your own opinions. The administration needs to listen to healthy criticism from experts and conduct proper verification to choose the best possible options.

The administration should implement policies that will benefit the people even if some may not suit their overall direction.

*The author is a professor of economics at Korea University.