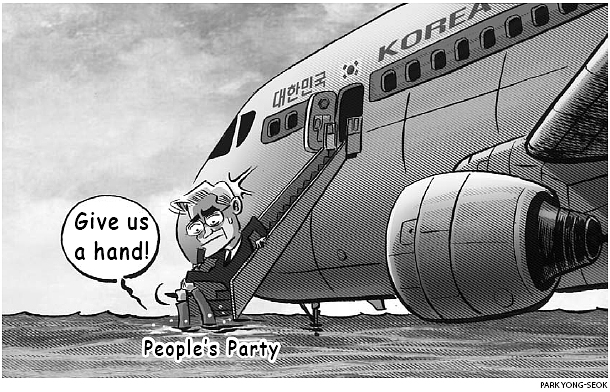 Upon returning to Seoul Sunday from a trip abroad, President Moon Jae-in was greeted by the opposition People’s Party’s demand for an independent counsel investigation of whether his son got a choice job in 2006 because of his father’s position. Meanwhile, prosecutors requested a pretrial arrest warrant for Lee Jun-suh, a former leader of the party, who is accused of disseminating a phony audiotape smearing Moon during his presidential campaign this year.