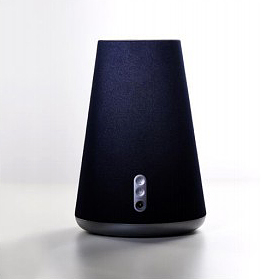 Line Corporation, an affiliate of Korean tech giant Naver, began presales of its artificial intelligence-powered speaker in Japan on Friday.

The speaker, called Wave, is a beta version of what will officially be released in autumn this year, and only a limited number will be up for sale. While the final product will cost 15,000 yen ($130), the presale version comes with a lower price tag of 10,000 yen. The early adopters will be able to use all the AI features of the speaker after a software upgrade.

Early buyers will receive a coupon for six months of free music streaming on Line Music. Delivery of the preordered speakers will begin at the end of July.

Line’s speaker is the first of its kind based on Clova, the cloud-based AI platform that it developed with Naver. The beta version will be able to perform simple tasks on voice command such as turning on alarms, telling the weather and chatting with users.