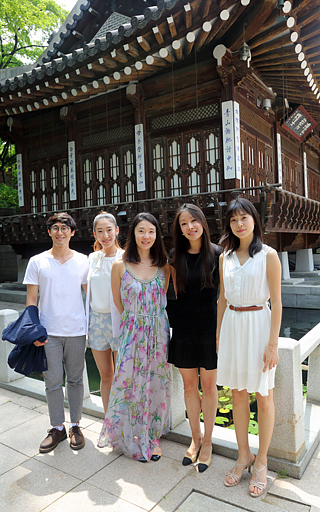 There are about 200 Korean dancers who are actively working in some of the world’s most prestigious dance companies, but not many domestic fans get to appreciate their performance.

But, at the Korea World Dance Stars Festival 2017, sponsored by the Arts Council Korea, Korean fans will be able to check out performances from some of the top Korean dancers from around the world.

Under the direction of Kim Yong-geol, professor at Korea National University of Arts and director of the KimYongGeol Dance Theater, a collection of dancers will bring their best to the stage.

Kang Hyo-jung of the Stuttgart Ballet will be performing with her partner Jason Reilly and Lee Ji-young from France’s Ballet National de Marseille will be joined by the Japanese dancer Gen Isomi. After this performance in Korea, she will move to Germany’s Hessische Staatsballet in Wiesbaden, Germany.

In the second part of the program, Kim Yong-geol will give a performance with Kim Ji-young from the Korean National Ballet.

“I have never felt that I was being treated differently because I am an Asian. Maybe because Kang Sue-jin paved the way for the younger dancers, it never occurred to me if I was ever being discriminated against,” said Kang Hyo-jung when asked whether there were any difficulties being a foreign dancer. She said she hopes that other dancers will not be afraid to challenge themselves to perform globally.

Kang continued that the skills of Korean dancers have grown over the years, so it really doesn’t matter if the dancer is with a domestic or a foreign company.

Along with some classical dance pieces, there will also be contemporary pieces, including a piece by Kim Seh-yun from Compania Nacional de Danza choreographed to Frank Sinatra’s “Under My Skin.”