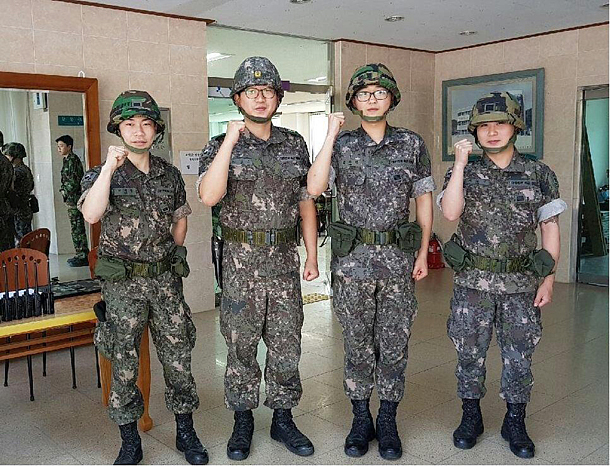 At first, it hurt my pride, but I got used to it. Whenever we had beers at the bar in the barracks or went out on weekends, he would pick up the tab.

A few days ago, I met with friends who had served in the military together and shared our experiences. My generation thought that it was fair to get “patriotic pay” as we lived in a divided country.

We all wondered how things are these days and searched up on our smartphones. This year, a sergeants’ monthly salary is 216,000 won, 42 times the amount that we received 30 years ago.

Back then, we could get 7 servings of 700-won Chinese noodles for one month’s pay. Now, soldiers can buy 36 servings of 6,000-won noodles.

Surely, the soldiers are now far better off. But what about voluntary U.S. servicemen? According to the U.S Army website, a second-year sergeant’s annual salary is $27,338. This is the basic pay, not including bonuses, various allowances and training pay.

Of course, salaries of U.S. and Korean soldiers cannot be compared directly. But President Moon Jae-in promised to raise our soldiers’ salaries to 1 million won.

Moon is working to raise the minimum hourly wage in the private sector to 10,000 won by 2022, which translates to 2.09 million won a month. Accordingly, army sergeants will be paid 12 million won a year at 50 percent of the minimum wage.

That would put an end to the meager “patriotic pay.”

As a result, life in the barrack will also change. Soldiers may be able to save up a sum. A monthly salary will be enough to pay a semester’s tuition of 1.02 million won at the famously affordable University of Seoul.

This is impressive. Some soldiers will make financial investments while in the military. The financial sector is quick to accommodate the needs and offer funds, securities savings and overseas training products. Will sergeants really be paid 12 million won a year? If so, don’t our soldiers deserve a brighter future?