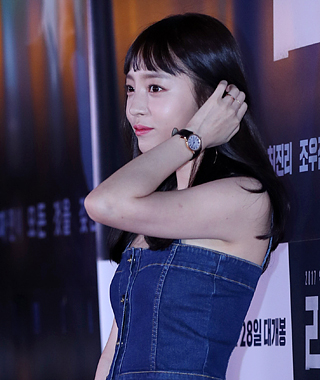 Goo Hara, a former member of the now-defunct girl group KARA, has come under scrutiny for posting a picture of a rolled joint on Instagram on Wednesday.

The former girl group member uploaded a picture of what looked like a rolled joint in her hand, with the caption, “This tastes sour, this is tasty” on her Instagram account.

Many fans criticized the singer for smoking, while some questioned if it only was a cigarette - speculating that it may be marijuana.

The singer took down the controversial picture from the photo-sharing platform. She uploaded a new picture of a clear blue sky, saying, “[It was a joint of] rolling tobacco. I just took a photo because it was a little amazing.”

Goo’s agency, Keyeast Entertainment, distanced itself from the issue, as it said, “The picture is posted on a personal account. We can’t vouch or criticize individual actions.”

Korean fans have had a very strict public opinion when it came to the everyday actions of artists - especially members of idol groups.