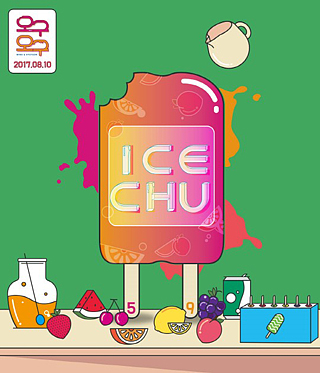 The first sub-unit of nine-member girl group Gugudan, Gugudan 5959, will make their debut on August 10.

The unit consists of Mi-na and Hye-yeon, the two youngest members of the group. The sub-unit’s name, 5959, is pronounced oguogu in Korean and is a phrase said to babies to soothe or congratulate them.

The duo released a teaser on Wednesday announcing their team name and debut date, and it released a second teaser with the name of the title track, “Ice Chu” on Friday.

Mi-na, who hails from Jeju, is nicknamed “Tangerine Mi-na” by fans, after the islands iconic fruit. Hye-yeon has been likened to a peach due to her beauty by fans. Running with that theme, the single will be about the joys of eating a fruit-filled popsicle on a summer day.

The duo will be battling it out during what is known as the hottest period in the music industry, the peak of the summer, where some of the biggest names drop singles hoping to become soundtrack to the season.