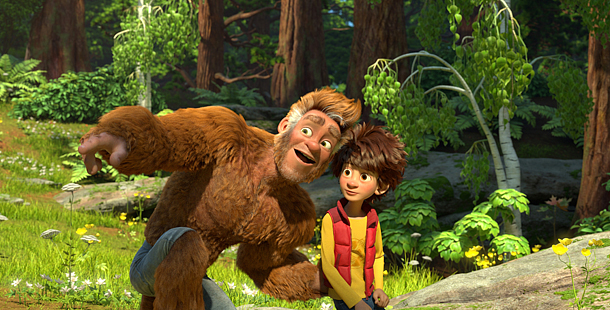 Son of Bigfoot (All)

This animation, based on the mythical Bigfoot, is from the producers of “Sammy’s Adventures” and 2016’s “The Secret Life of Pets.’”

In the story, teenager Adam is a superhero like none other, more su“fur” than super. When he wakes up in the morning, his hair and feet grow so quickly that he becomes a target at school, which makes it hard for him to get along with other students.

One day, he finds his mother’s mysterious box containing a photo and letter from his dad who he thought was dead. Soon, he sets out to find his long-lost father. On the epic journey to uncover the mystery, he finds out his father is none other than the legendary Bigfoot, who had been hiding in the forest to protect himself and his family from a company that wants his DNA for scientific experiments.

Adam soon realizes that like his father, he also has superpowers. Will the father and the son be able to escape the watchful eye of Hair Co., the company that is pursuing them?

Doraemon the Movie 2017: Great Adventure in the Antarctic Kachi Kochi (All)

First appearing in 1969, Doraemon is a Japanese Manga series written and illustrated by Fujiko F. Fujio.

The story revolves around a robotic cat servant named Doraemon who travels back in time from the 22nd century to guide and protect a teenager named Nobita Nobi, who often finds himself in trouble.

After its theatrical debut in 1980, fans loved these animated stories as much as the original manga.

This 37th installment in the Doraemon series is a collaboration with producers from the timeless Academy-award winning animation, “Spirited Away.”

In the movie, Doraemon and his friends are hanging out near Antarctica to escape the scorching hot weather, and find a mysterious bracelet. Doraemon suspects the bracelet was buried in Antarctica 100,000 years ago, before humans even lived there. Using his time belt to travel back in time, the group comes across a girl named Carla and a man called Dr. Hyakkoi, who has something to do with the mysterious bracelet. Meanwhile, they realize that the earth is soon to be entirely frozen, and they must also fight for survival. Will Doraemon’s crew be able to find out the truth behind the mysterious bracelet and save the Earth? 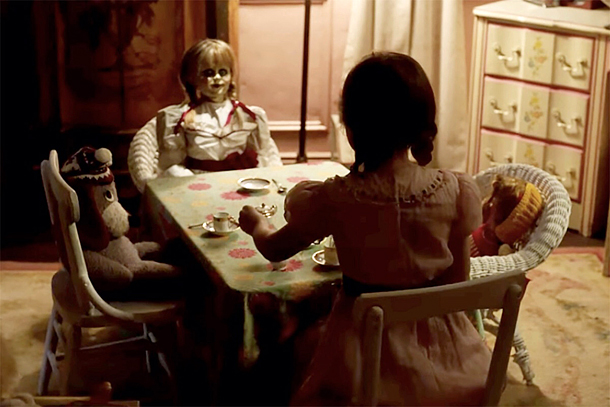 Telling the story behind the origin of a possessed doll called Annabelle, this supernatural horror film is directed by Swedish director David F. Sandberg, best known for 2016’s “Lights Out.” This film is a prequel to 2014’s “Annabelle,” directed by John R. Leonetti, the well-known horror film auteur who also directed 2013’s “The Conjuring.”

Played by Anthony LaPaglia, a dollmaker named Samuel Mullins and his wife Esther, played by Mirando Otto, are grieving after the death of their daughter, and they decide to adopt children from a local orphanage.

They are welcomed by a nun named Sister Charlotte, played by Stephanie Sigman, and other girls from the orphanage. But little do they know, two of the orphans have become targets of Annabelle, the dollmaker’s haunted demonic doll.

This drama is adapted from the 2011 Man Booker Prize-winning book of the same title written by British author Julian Barnes. The story revolves around a man who is constantly haunted by past memories, but who later meets with an incident that makes him rethink his whole life.

Played by Jim Broadbent, Tony Webster is a man who lives a reclusive and quiet life running a vintage camera shop after he got divorced from his wife.

One day, he receives a letter that says the mother of his first love from college, Veronica, has died and included him in her will. He inherits a small sum of money and two documents, the contents of which begin to unravel Tony’s understanding of his past. Tony and Veronica meet after decades, and Veronica gives Tony one more letter that further complicates the mystery. 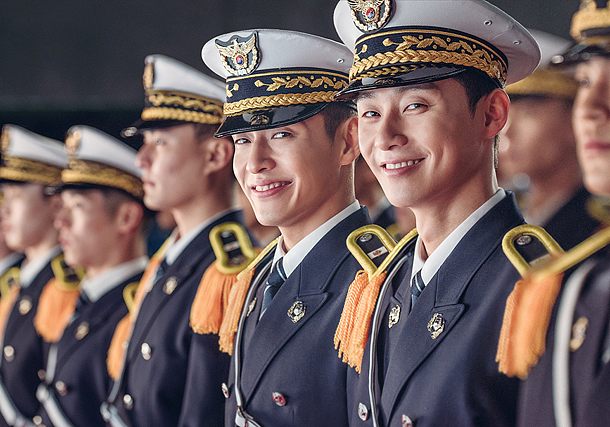 Youngsters in their 20s are often full of passion and youthful zest, but that doesn’t mean they have developed the skills to accompany them.

This comedy directed by Kim Joo-hwan is about Ki-joon (played by Park Seo-joon) and Hee-yeol, (played by Kang Ha-neul), students at the Korean National Police University. One day, these aspiring police officers witness a kidnapping and use the knowledge and skills they learned in school to track down the culprit and report the case to the cops.

However, though they are active in trying to solve the crime, they feel like they have faced a dead end when the authorities in charge of the case let the incident slip away due to lack of evidence and tough bureaucratic obstacles. Soon, they decide to do their job as soon-to-be police men and set off on a journey employing their own investigative skills. This sometimes puts them in tough, but comical, situations.

Veteran actor Song Kang-ho, from 2013’s “Snowpiercer” and “The Attorney,” is back with another historical drama to add to his filmography. Song’s roles usually reflect Korea’s contemporary and modern history, and his latest is no exception.

The film is set in May 1980 in the southern city of Gwangju, where a democratic movement acted as a catalyst to bring democracy to Korea.

Song plays a taxi driver named Kim Man-seop. In Seoul, he meets a German journalist named Peter, played by the German actor Thomas Kretschmann. Peter makes a deal with Kim, suggesting that if Kim drives him to Gwangju, he will pay him 100,000 won. Kim accepts, as he was short on money.

Upon arriving in Gwangju, they witness the May 18 Democratization Movement where civilians who protested against former president Chun Doo Hwan’s dictatorial regime were brutally killed by the military.

The character of Peter is based on a real figure named Jurgen Hinzpeter, who was an Asian correspondent for a German broadcaster. He played a vital role in spreading news of the incident to the world. This film boasts a star-studded cast, with actor Yoo Hai-jin, who plays another taxi driver, and Ryu Jun-yeol, who plays a university student in Gwangju. 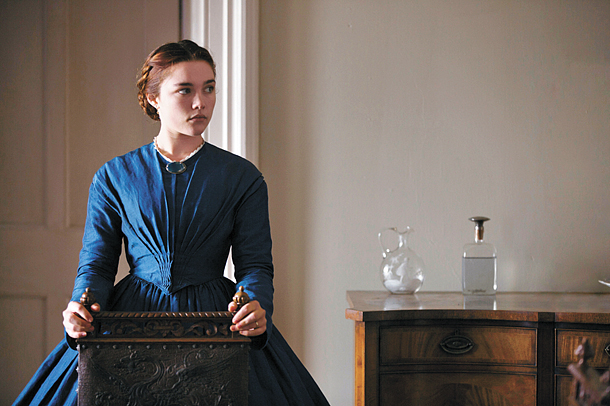 Praised by The Guardian for “open[ing] up a dark new avenue in the bonnets-and-bows world of classic literary adaptation,” this British drama is based on the novel “Lady Macbeth of the Mtsensk District” (1865) by the Russian novelist Nikolai Leskov.

The novel was inspired by Shakespeare’s Macbeth. The novel tells a story of crime and punishment set on a provincial estate in Tsarist Russia, and it was later turned into an opera.

The film is set it England in the 19th century, and revolves around the character Katherine, played by Florence Pugh. She is married to Alexander, played by Paul Hilton, the ill-mannered son of a rich mine owner. She begins a loveless marriage with Alexander, who is twice her age and who shows no interest or attraction to her.

One day, when Alexander and his father leave the house on business, Katherine decides to roam around the house and explore the surrounding area. She sees a man, Sebastian, played by Cosmo Jarvis, who is working on the land and quickly becomes attracted to him. They soon begin an affair. They are both strongly attracted to each other, and she will stop at nothing to get what she wants.