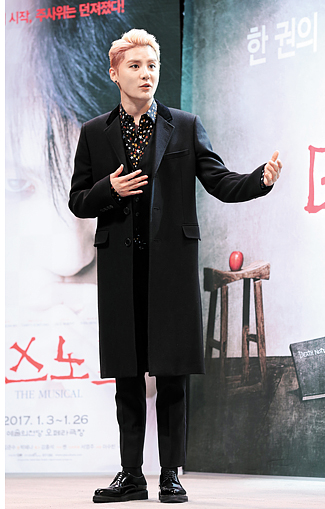 C JeS Entertainment revealed that Kim Jun-su, the former member of TVXQ and current member of JYJ, will release a special highlight reel made prior to beginning his military service.

C JeS Entertainment states, “This occasion was made for fans by Kim Jun-su, who understood how much they would miss him during his military service. The highlight reels will be a special gift for all of those who enjoyed his works.”

Before entering the military, Kim made a film portraying his sportsmanship in varying activities such as futsal, shooting and table tennis as a parting gift for his fans.

The special video presentation will contain the sports montage as well as his appearance on a talk show he held with Cultwo, a Korean comedy duo, and Song Eun-yi, a comedian.

Since February, Kim has been serving in the Gyeonggi Nambu Provincial Police Agency’s Special Promotions Unit.