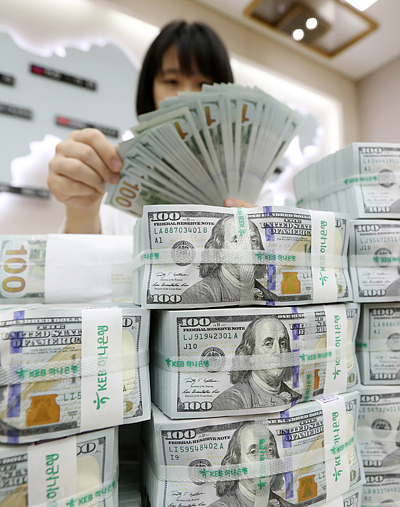 U.S. dollars are stacked up at KEB Hana Bank’s office in Seoul Thursday. Korea’s foreign exchange reserves hit a record high in July due to a hike in the value of non-dollar currencies when converted to the U.S. greenback, central bank data showed Thursday. As of the end of July, Korea’s foreign exchange reserves came to $383.76 billion, up $3.19 billion from the previous month, the Bank of Korea said Thursday. [YONHAP]