Of chickens and eggs

Of chickens and eggs 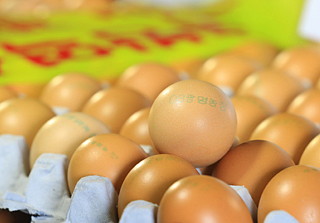 “Which came first, the chicken or the egg” is a common refrain about the paradox of causality. Like a Mobius strip, the answer to the question returns to the question itself. It implies that the profound question of how life began has no sure answer. Philosophers have called it the causality dilemma.

In July, 2010, researchers at the University of Sheffield and University of Warwick in England claimed they had proven the causal relationship between the chicken and the egg. They used a supercomputer to simulate the formation of an egg and found that the protein in the chicken’s ovaries played some role in egg shell formation. The partial conclusion was that the chicken came before the egg. But then, people asked, where did the chicken come from?

Unlike the chicken and egg question, the pesticide and egg dilemma has a clear cause and effect. Farmers were insensitive to concerns about food safety, and the government was incompetent in its health and safety control. As a result, consumers have had to assume all the consequences.

Despite the clear causal relationship, something still doesn’t seem right. People must have become accustomed to food crises because they are not as enraged as they were last year after the toxic humidifier sterilizer tragedy. It seems obvious to people how the situation will unfold.

Farmers have said in media interviews that they were not aware of the harm from pesticides. They have to kill the mites and ticks living on chicken to get the eggs. Chickens are raised in crowded farms so that eggs can be produced at low cost, and the only way to kill insects is to shower them with pesticides.

The pesticide fipronil is harmful to humans but is readily available. Even farms certified as “environmentally friendly” have been found to use pesticides. People are ready to hear that egg-laying chickens might have been sold for meat and contain pesticides, or that the crisis has expanded to quail eggs. We are almost sorry for making too much a fuss after reading an analysis that a 60-kilogram (130-pound) adult is affected by pesticides after eating 300 eggs at once. The evil is banal.

Politicians are taking sides with the people. Minister of Food and Drug Safety Ryu Yong-jin was criticized for saying, “Eggs produced in Korea are safe.” The politicians say he deceived the people and want his apology. The president has ordered the prime minister to release detailed inspection results to the public and take all necessary measures. The work will be handled by officials at the Ministry of Food and Drug Safety. Somehow, I feel that the series of events is a routine process. In the meantime, shoppers are checking product codes and farm names when buying eggs. They hope that the numbers on their eggs at home are not mentioned on television news. How do we end the vicious cycle of man-made disasters resembling the causality dilemma of the chicken and the egg? I might have to ask a supercomputer for the answer.

*The author is a deputy national news editor at the JoongAng Ilbo.