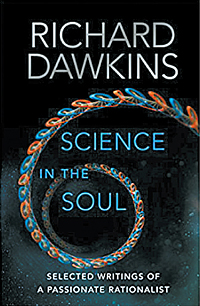 Science in the Soul: Selected Writings of a Passionate Rationalist

Science in the Soul is a kaleidoscopic argument for the power and glory of science: the wonder of scientific discovery; the practical necessity of scientific endeavour to society; and the importance of the scientific way of thinking - particularly in today’s “post-truth” world.

With an introduction and new commentary by the author in dialogue with himself across the years, the essays, journalism, lectures and letters gathered here range over subjects from evolution and Darwinian natural selection to the role of scientist as prophet, whether science is itself a religion, the probability of alien life in other worlds, and the beauties, cruelties and oddities of earthly life in this one.

A sparkling showcase for his rapier wit, the clarity, precision and vigour he brings to an argument, the beauty of his prose, the depth of his feeling and his capacity for joy, Science in the Soul is further evidence of Richard Dawkins’ status as one of science’s all-time great communicators. 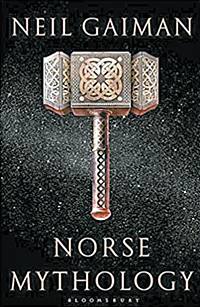 The great Norse myths are woven into the fabric of our storytelling - from Tolkien, Alan Garner and Rosemary Sutcliff to Game of Thrones and Marvel Comics. They are also an inspiration for Neil Gaiman’s own award-bedecked, bestselling fiction. Now he reaches back through time to the original source stories in a thrilling and vivid rendition of the great Norse tales. Gaiman’s gods are thoroughly alive on the page - irascible, visceral, playful, passionate - and the tales carry us from the beginning of everything to Ragnarok and the twilight of the gods. Galvanized by Gaiman’s prose, Thor, Loki, Odin and Freya are irresistible forces for modern readers and the crackling, brilliant writing demands to be read aloud around an open fire on a freezing, starlit night. 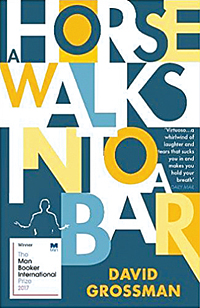 A Horse Walks into a Bar

The setting is a comedy club in a small Israeli town. An audience that has come expecting an evening of amusement instead sees a comedian falling apart on stage; an act of disintegration, a man crumbling, as a matter of choice, before their eyes. They could get up and leave, or boo and whistle and drive him from the stage, if they were not so drawn to glimpse his personal hell. Dovaleh G, a veteran stand-up comic - charming, erratic, repellent - exposes a wound he has been living with for years: a fateful and gruesome choice he had to make between the two people who were dearest to him.

A Horse Walks into a Bar is a shocking and breathtaking read. Betrayals between lovers, the treachery of friends, guilt demanding redress.

Flaying alive both himself and the people watching him, Dovaleh G provokes both revulsion and empathy from an audience that doesn’t know whether to laugh or cry - and all this in the presence of a former childhood friend who is trying to understand why he’s been summoned to this performance. 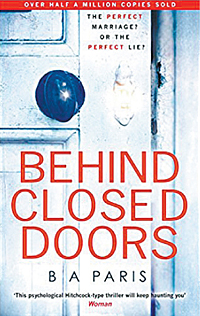 ELLE Magazine says, “If you love The Girl on the Train, read Behind Closed Doors.” This is a debut psychological thriller you cannot miss.

Everyone knows a couple like Jack and Grace. He has looks and wealth, she has charm and elegance. You might not want to like them, but you do.

But it’s difficult, because you realize Jack and Grace are never apart.

Some might call this true love. Others might ask why Grace never answers the phone. Or how she can never meet for coffee, even though she doesn’t work.

How she can cook such elaborate meals but remain so slim.

And why are there bars on one of the bedroom windows?

The new book by bestselling author BA Paris, Behind Closed Doors, is out now.