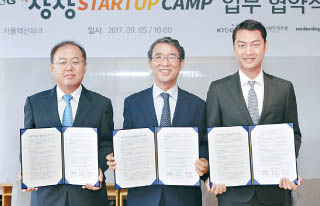 The fund is the country’s No. 1 tobacco maker’s first response to the new government initiative to resolve the high level of unemployment among young people in Korea.

The company will receive online applicants until Sept. 20 and the selected applicants will participate in the program for 14 weeks starting in October free of charge.

Participants will receive one-on-one coaching sessions from current or former startup founders and participate in mentoring and networking sessions as well.

Those selected as winners at the end of the program will receive a maximum of 30 million won.

“We hope that young people’s creative ideas will get the chance to generate diverse jobs and eventually grow into innovative companies,” he added.