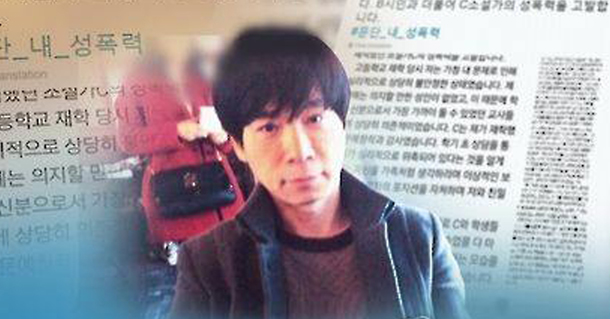 Poet Bae Yong-je was sentenced to eight years in prison and 200 hours of sexual violence counseling treatment at the first trial of several sexual violence accusations to minors.

In October 2016, a group of high school students who took a poetry class taught by Bae claimed on Twitter that they were sexually harassed by him. One of the students said that she had been raped by the poet.

According to the disclosure, Bae said to one of the students “You must have pretty breasts. Can I touch them?” and “Let me be your first man.”

He admitted to some of the allegations, and released a written apology. In the apology, he says that he rationalized having sexual intercourse with the students because they did not refuse, without revealing that they had no choice but to agree due to his power. He closed the letter by stating that he will stop publishing and apologized to the students.