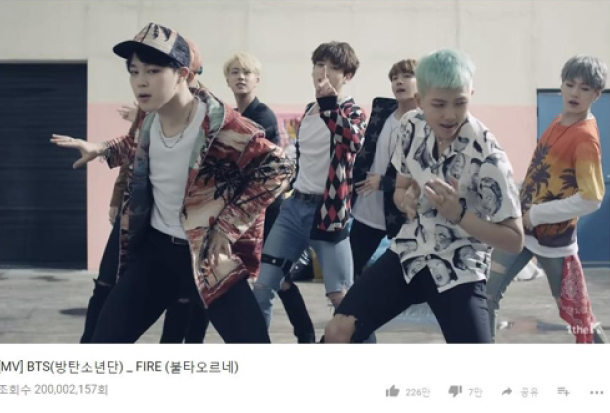 Released on May 1, 2016, the video reached the milestone at around 1 a.m. on Wednesday, becoming the group’s fifth video to hit the mark, according to Big Hit Entertainment.

“Fire” is the title track of the boy band’s “Epilogue: Young Forever” album. It was No. 3 on YouTube’s list for the world’s most-viewed K-pop music videos in 2016.

BTS will release a new album titled “Love Yourself Seung ‘Her’” next Monday. The album is the first in the band’s new “Love Yourself” series, which will be rolled out in serial format in 2018.