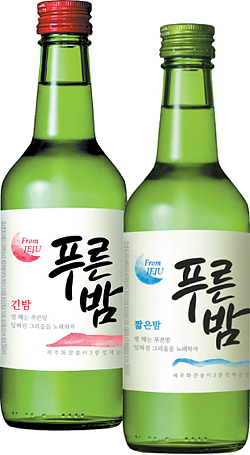 The 360-milliliter (12 fluid ounces) bottle will come in two versions with an alcohol content of 20.1 percent and 16.9 percent. The price will be similar to market competitors.

Shinsegae highlighted that it had worked to refine the taste by filtering the product five times and using clear water pulled up from Jeju Island’s underground.

The retail giant purchased a 100 percent stake in Jeju Soju in December, which was originally a local soju manufacturer with a minor market share in the region. Shinsegae invested 25 billion won ($22 million) to upgrade production facilities and for rebranding.