Hyundai, Kia will stay in China

Hyundai, Kia will stay in China 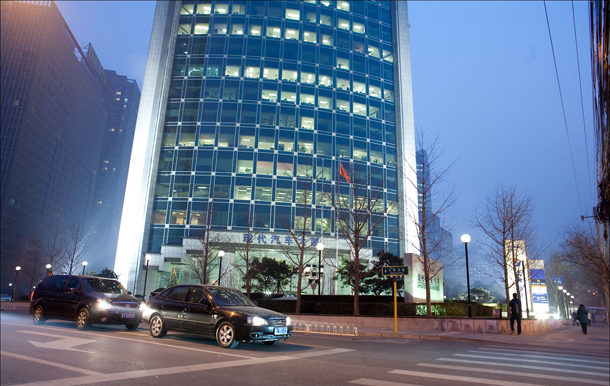 With major Korean companies pulling out of the Chinese market after suffering heavy losses, speculation that auto companies may follow suit is on the rise. Despite the concerns, Hyundai Motor and Kia Motors - the top Korean automakers operating in China - say it is unlikely that they will shut down operations there any time soon.

Korean companies selling products in China have taken a blow due to the retaliation by the Chinese government and its consumers over Seoul’s decision to deploy a U.S.-led antimissile system.

Beijing ratcheting up pressure on Korean companies has also taken a toll on the sales of Korean auto makers.

Since the retaliation began earlier this year, sales of Hyundai and Kia have taken a nosedive - slashed by nearly 50 percent compared to a year earlier.

In terms of sales volume for the month of August alone, Hyundai and Kia sold 124,116 vehicles last year in China. 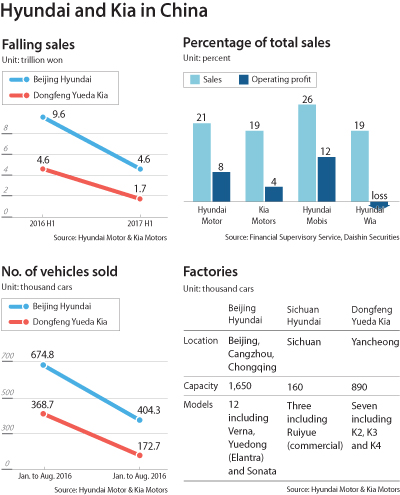 In August this year the two companies only sold 76,060 vehicles, nearly 40 percent less. They have fallen to 13th in terms of market share in the country, a drastic fall from sixth place last year.

Despite the gloomy figures, the duo will stay put in China, at least for now. For one thing, their contracts with Chinese counterparts prevent them from pulling out without the consent of their local partners.

“We have no intention of closing down our business in the Chinese market,” said the spokesperson from the group. “We are certain that partner companies feel the same way.”

Aside the management structure and contractual obligations, it would be a big loss for Hyundai and Kia if they pulled out of China, the world’s No.1 auto market. For Hyundai and Kia, about 20 percent of their total sales are normally generated in China.

Local partners may also lose out, some analysts speculate.

“With top global carmakers operating in the Chinese market already [through joint ventures with other partners], it would be difficult for BAIC to find a partner like Hyundai,” said Lim Eun-young, an analyst from Samsung Securities.

If the companies leave China, the five-trillion-won investment that they poured in during the past 15 years may also go to waste.

In addition, some 150 Korean parts makers, including Hyundai affiliates Hyundai Mobis and Hyundai Wia, may suffer if the duo retreats. Most of the Korean parts makers have entered the Chinese market with Hyundai and Kia to directly supply their local production plants. For instance, about 26 percent of the sales of Hyundai Mobis come from its Chinese unit. This means poor performance in China would immediately reflect on the company’s balance sheet. Hyundai Kia has already turned red during the first half this year.

“If local production fails to meet even half of the total capacity, there is no guarantee that Hyundai and Kia will not follow a similar fate to Lotte Mart,” said Han Jang-hyun, a professor of automotive engineering at Daeduk University.

Tire companies and battery makers are also monitoring the situation in China.

A part of Kumho Asiana Group Chairman Park Sam-koo’s self-rescue plan for Kumho Tire submitted last week was to sell off stakes of the tire company’s Chinese corporations. Park said the Thaad retaliation was one of the reasons behind the proposal. Korean battery makers have also been excluded from government subsidies in China since last year. While the Chinese government decided to grant subsidies to come 2,500 batteries by some 180 companies this year, cars using batteries made by Korean companies such as Samsung SDI and LG Chem were left out.