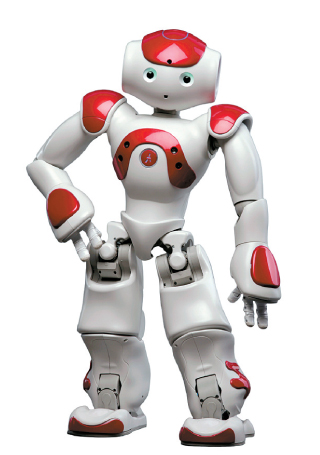 Shopping at Shinsegae is poised to get more high tech as the retail giant announced Monday it will introduce a conversational robot at one of its shopping mall complexes.

The 58-centimeter (23-inch) tall humanoid robot is developed by SoftBank Robotics under the product lineup Nao. It is able to hold simple conversations with the users using Watson, an artificial intelligence system developed by IBM. It is able to engage in small talk with customers and maintain eye contact.

“With the start of AI humanoid robots, Korea will steadfastly embrace a digitized shopping environment,” a Shinsegae official said in a statement.

Named Tting-gu, which is pronounced similarly to the Korean word for friend, the humanoid robot will be installed at Toy Kingdom, a toy store at Starfield Goyang in Gyeonggi.

It is able to recommend different products in accordance to who it is speaking with. Analyzing the customer’s age and gender through facial recognition, the robot will recommend the most suitable toy products to the customer.

To cater to younger customers at the toy store, Tting-gu is programmed to play toy-related quizzes and dance to pre-programmed music as well.

Shinsegae said Tting-gu is still at an early stage of development where it is best at having conversations using only simple words and phrases. However, as it is the first robot capable of conversation that has been installed at any retail company in Korea, Shinsegae is hoping that Tting-gu will give it the upper hand in terms of technology in the industry. Lotte Group introduced its own concierge robot Elbot at its department store early this year, but is not able to hold conversations with customers.

Shinsegae said the data collected from Tting-gu will be used through so-called deep learning to introduce an advanced version in the near future.

“We will develop AI further to enable customized product recommendations and simplified payment services to customers,” the company said.