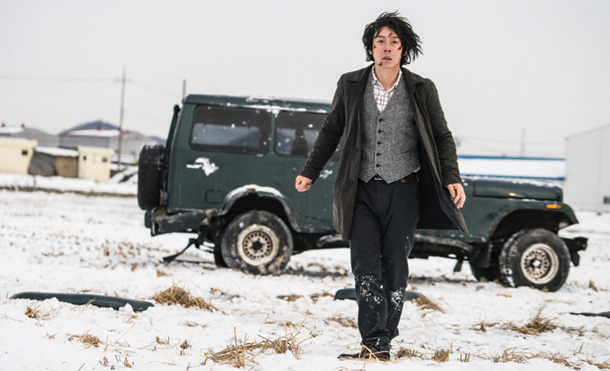 “Memoir of a Murderer” stayed at the top of Korea’s box office in its second weekend. [SHOWBOX]

The action-packed “Baby Driver” raced to the second spot in its debut weekend at the Korean box office while Tom Cruise’s latest “American Made” reached the third spot in its first weekend. But local crime thriller “Memoir of a Murderer” held on to the top spot for the second weekend in a row.

Starring Seol Kyung-gu and Kim Nam-gil, “Memoir of a Murderer” maintained its spot atop the box office despite competition from several new releases. The film, based on Kim Young-ha’s 2013 bestselling novel, sold 483,000 tickets from Friday to Sunday at 884 screens, accounting for 31.7 percent of the weekend’s entire ticket sales. Since its release on Sept. 6, it has raked in a total of 4.07 billion won ($3.6 million), and has sold a total of 2.06 million tickets.

Director Edgar Wright’s “Baby Driver” came in at second, selling 338,000 admissions, bringing its total sales to 422,000 since it hit theaters on Thursday.

Starring Ansel Elgort, Kevin Spacey and Jamie Foxx, the film is a heist tale revolving around a young getaway driver Baby (Elgort), who soundtracks his life with a constant stream of music with a collection of iPods used for different moods and locations. Music plays a key role in the film, as the car chases and shootouts are choreographed to Baby’s playlist, which includes songs like Queen’s “Brighton Rock” and Bob & Earl’s “Harlem Shuffle.”

Cruise’s latest vehicle “American Made” is based on the life of Barry Seal: the infamous pilot who became a drug smuggler and in turn became an informant at the center of the Iran-Contra scandal. Directed by Doug Liman, the movie sold 216,000 tickets over the three days.

“It,” based on Stephen King’s eponymous bestseller, and action comedy “The Hitman’s Bodyguard” each dropped two spots to rank fourth and fifth, respectively.

Film industry watchers can expect changes in the weekend box office next week with the release of “I Can Speak,” which is being released to coincide with the upcoming Chuseok holiday.