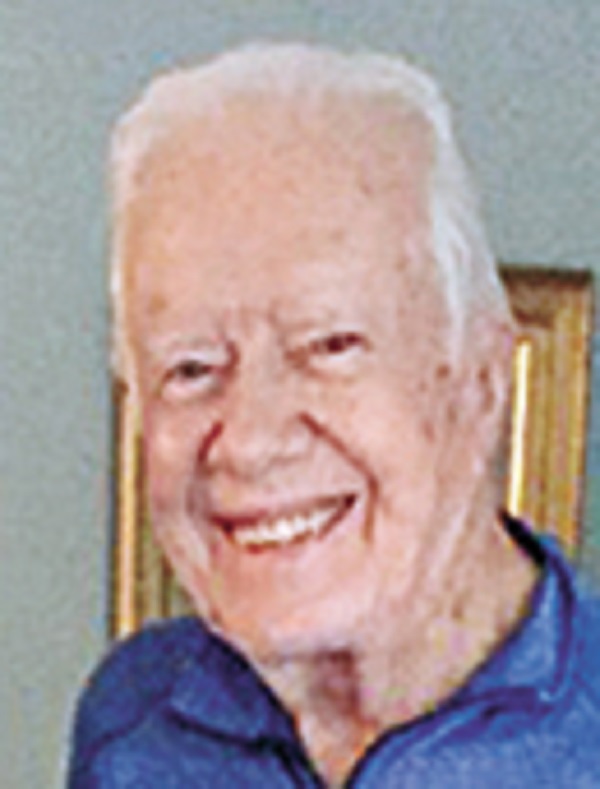 Former U.S. President Jimmy Carter has expressed desire to visit Pyongyang as a messenger between the United States and North Korea, Park Han-shik, an emeritus professor of international affairs at the University of Georgia, said Sunday.

“Carter wants to meet with the North Korean leader and play a constructive role for peace on the Korean Peninsula as he did in 1994,” Park, 78, told the JoongAng Ilbo over phone after meeting with the 93-year-old former president.

Park, a prominent scholar of North Korea-related issues who has traveled to Pyongyang over 50 times, visited Carter, who received the Nobel Peace Prize in 2002 for his work with the Atlanta-based Carter Center, at the former president’s home in Plains, Georgia, on Sept. 28.

“Should former President Carter be able to visit North Korea, he would like to meet with North Korean leader Kim Jong-un and discuss a peace treaty between the United States and the North and a complete denuclearization of North Korea,” Park said, “and contribute toward establishing a permanent peace regime on the Korean Peninsula.

“He wants to employ his experience visiting North Korea to prevent a second Korean War,” he said.

During the peak of the North Korean nuclear crisis in 1994, when the U.S. military under President Bill Clinton drew up plans to strike a nuclear reactor in Yongbyon, Carter traveled to Pyongyang in June that year to defuse tensions and reached a deal with then-leader Kim Il Sung for North Korea to freeze its nuclear program.

Kim died a month later on July 8 and was succeeded by his son Kim Jong-il, the father of the current leader.

Then in October, the United States and North Korea adopted the Agreed Framework, under which North Korea would freeze and eventually dismantle its nuclear program, addressing Washington’s concerns about its plutonium-producing reactors and Yongbyon nuclear facility.

In turn, North Korea was promised fuel oil and assistance in the construction of two light-water reactors.

Now, 23 years after he played a decisive role in resolving the last nuclear crisis, Carter has strong resolve to mediate between the two countries once again, Park said.

The professor added it was why Carter has publicly raised the need for a U.S. government delegation to visit North Korea and convince the regime to give up its weapons program.

In an Oct. 4 opinion piece in The Washington Post, Carter described the “strong possibility of another Korean war” as “the most serious existing threat to world peace,” and wrote that it was “imperative that Pyongyang and Washington find some way to ease the escalating tension and reach a lasting, peaceful agreement.”

The former president pointed out that North Korean officials have always demanded direct talks with the United States as well as a permanent peace treaty to officially end the 1950-53 Korean War, which technically concluded in a ceasefire.

“They want an end to sanctions, a guarantee that there will be no military attack on a peaceful North Korea, and eventual normal relations between their country and the international community,” Carter wrote.

Other options to resolve the crisis, such as military strikes on the North’s nuclear facilities, more severe economic punishment or an end to joint military exercises between the United States and South Korea, do not “offer an immediate way to end the present crisis, because the Pyongyang government believes its survival is at stake,” he wrote.

Carter went on to call U.S. Secretary of State Rex Tillerson’s statement that Washington has lines of communication with Pyongyang “a good first step to defusing tensions.” The next step, he wrote, would be for the United States to offer a “high-level delegation” to visit Pyongyang for peace talks or support an international conference that includes the two Koreas, the United States and China.

Although Carter did not explicitly suggest himself as an envoy to North Korea in his opinion piece, Park said he conveyed the former president's wish to head such a U.S. delegation to the country through informal channels with North Korea. Park previously helped to arrange Carter's visit to Pyongyang in 1994 and 2010. However, North Korea has yet to reply.

A trip by Carter would require special approval from the U.S. government. Since Sept. 1, the Donald Trump administration has banned U.S. citizens from traveling to North Korea.