Concerns that Korean team might be worst in the world

Concerns that Korean team might be worst in the world 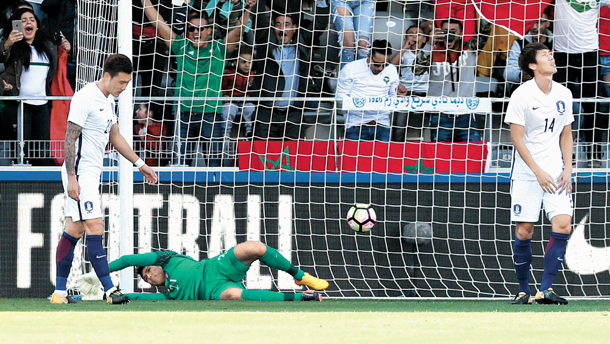 The Korean men’s football team reacts after allowing a goal to Morocco during a friendly match at the Tissot Arena in Switzerland on Tuesday. [YONHAP]

Two losses in recent friendly matches have demonstrated only one thing to the Korean men’s football team: that they’re going to be the weakest of 32 countries competing in next year’s FIFA World Cup in Russia. 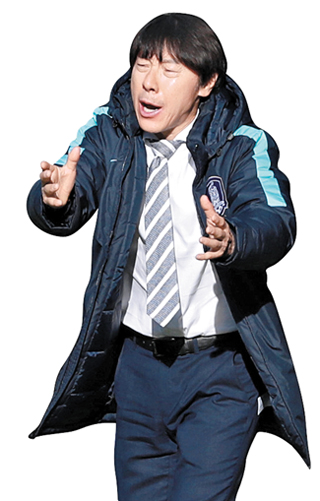 Although some of Korea’s best footballers from the domestic league didn’t appear in the games due to scheduling conflicts, the losses don’t bode well for Coach Shin Tae-yong, who now has to re-evaluate the team’s strategy.

After falling to Russia 4-2 on Saturday, the squad headed to Switzerland the next day to face Morocco and hopefully regain some confidence. Instead, they left with a disappointing 3-1 loss.

It was Tottenham Hotspur forward Son Heung-min who allowed Korea to avoid a shutout loss, but the goal couldn’t make up for fans’ disappointment. Although Son is considered the best Asian player in the English Premier League, based on his performance in the most recent season, he was criticized by Korean football fans for struggling to score for the national team. Son’s goal against Morocco was his first in nine games and first in 369 days.

Adding insult to injury, the Moroccan team was missing a majority of their starting players.

Although Korea has earned a spot in the World Cup, it appears to be performing the worst among the 23 countries that have already qualified. Providing commentary on the friendly against Morocco on Tuesday, former footballer Ahn Jung-hwan quipped, “I hope they know that there is no country worse than Korea.”

Shin used an unconventional three-man defense system, but the result ironically gave Korea its weakest defense. Since Shin did not have any players to fill the full-back positions, he had players from other positions play the wingback. But the surprise change in formation ended up being a failure.

Since the 1954 World Cup in Switzerland, Korea has never finished last, but if the team is unable to turn around its performance, it may run the risk of finishing last in the World Cup next year for the first time in more than six decades.

“The players need to accept the losses and need to improve,” said Ki Sung-yueng, captain of the Korean national football team.

Making matters worse, the two losses, though in friendlies, are still likely to affect Korea’s FIFA World Ranking for the month of October. The two losses cost Korea about 70 points, and a drop in ranking could be a big disadvantage. FIFA recently announced that the pot allocation for the World Cup would be determined based on the October ranking rather than assigned by continental confederations.