Olympic archer to be given excellence award

Olympic archer to be given excellence award 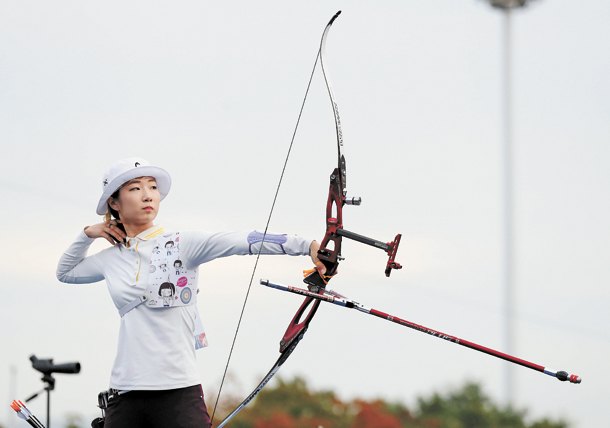 The Ministry of Culture, Sports and Tourism said Choi, who helped the Korean women’s archery team win a gold medal at the 2016 Rio de Janeiro Olympics, was named one of the nine recipients of the 55th Korea Sports Awards. The 21-year-old won the presidential honor in the sports competition category, it said.

The annual sports awards honor those who have contributed to sports development and promotion. The recipients are usually announced on the National Day of Sports, which falls on Oct. 15.

The presidential award is given in seven different areas, including research, promotion and sports for the disabled.

Meanwhile, the ministry said archer Ki Bo-bae, who has three Olympic gold medals, will receive the highest decoration in the nation’s Order of Sport Merit. She is one of the 104 awardees to earn government recognition this year.

Ki won both the individual and team events at the 2012 Summer Olympics. She was also a member of the gold medal-winning Korean team at the 2016 Summer Games, along with Choi and Chang Hye-jin.

The ministry said the awards ceremony will take place Monday at the National Museum of Korea in central Seoul.