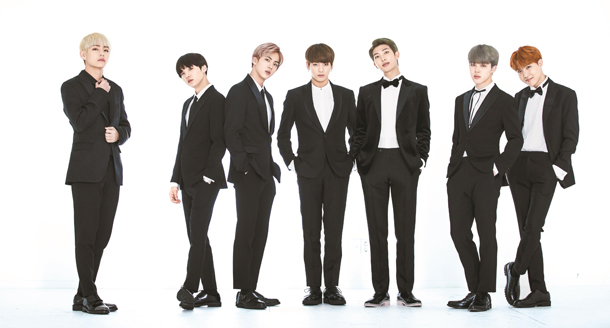 Boy band BTS has taken the K-pop scene by storm again, with its latest EP album selling over 1.2 million copies in Korea in little less than a month. The lead song “DNA” made BTS the first Korean boy band to land on Billboard’s Hot 100 chart.

Now with BTS wrapping up its media promotion activities for the album, “Love Yourself: Her,” fans and industry observers are guessing what will be the next surprise. No wonder many are betting on the possibility of a 2018 Grammy Awards nomination.

“Inviting comparison with Psy and Wonder Girls, ‘DNA’ and BTS have broken into the mainstream,” the report noted.