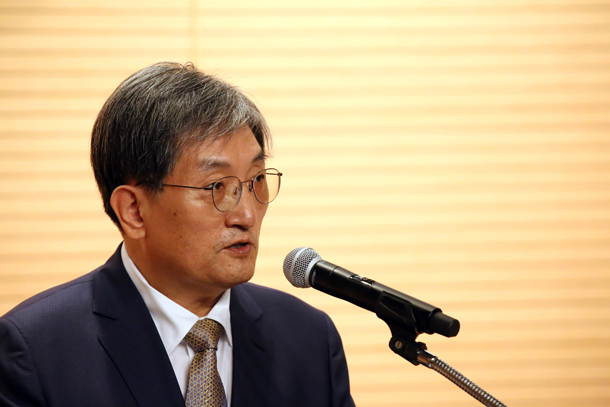 I would like to congratulate your appointment as the Korean Ambassador to China. More than 10 years ago, when I was posted as the Tokyo correspondent, an executive told me, “Come back as a pro-Japanese journalist.” In Korea, being called pro-Japanese is an insult, so I was not very pleased. But I thought that I would need to have a friendly attitude towards Japan to understand and learn better. When I heard your inauguration address on October 10, I thought it was unnecessary to advise you to become a pro-Chinese diplomat, because there are many pro-Chinese aides to President Moon Jae-in.

But none of them seem to truly know China. What Korea went through in the past year or so proves how little we knew about China. There must still be a report somewhere in the foreign ministry that China would not retaliate for the Thaad deployment. The report claimed that China was a member of WTO and a responsible member of the international community, and that it would not repeat the same kinds of retaliatory measures that it had put in place during the garlic dispute.

The domestic opinion moved from surprise to disappointment to antagonism.

Because Koreans are confident that they know about China, it is actually harder to understand the true face of China. China policy needs to be established based on collective intelligence.

What’s more important than the ambassador learning about China is creating pro-Korean figures in China. There are many Chinese who know about Korea. They are also familiar with the North Korean situation, about which Koreans are not knowledgeable due to long-severed exchanges.

However, it has been revealed in the past year that there is no true pro-Korean figure in China, especially among those in the key posts.

How many of the 25 new Politburo members to be elected at the 19th Party Congress have experience in Korea? It will be barely five or so.

When the Park Geun-hye administration claimed that the Korea-China relationship was at its best in history, what were Korean diplomats doing? Those involved in China affairs need to repent.

It may not be easy to make people pro-Korea, but the person who can do it best will be the Korean Ambassador to China. It doesn’t have to be a diplomat or high-ranking party or government official.

I hope that you will make sincere connections with scholars, businessmen, artists, cultural figures and even ordinary people.

I heard from a diplomat from another country that when he was in trouble, an unexpected friend connected him to a high-ranking figure in China. I pray for your good health and success as you are posted in difficult times.

*The author is Beijing bureau chief of the JoongAng Ilbo.