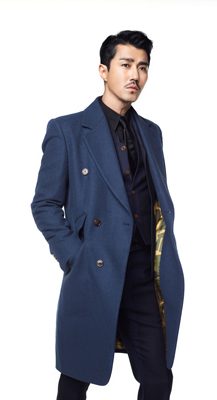 Actor Cha Seung-won has been cast in the leading role of the upcoming tvN drama titled “Hwayugi,” which will premiere in December, according to the cable channel.

“Hwayugi” is modern adaptation of an ancient Chinese novel titled “Pilgrimage to the West.” The romantic-fantasy drama will feature Cha as U Ma-wang, a popular celebrity who becomes a monster that a resembles a white cow.

The plot unfolds as Ma-wang encounters a wicked villain named Son O-gong and a Buddhist monk named Jin Seon-mi - two characters who were at odds with Ma-wang in the past.

“For the character U Ma-wang, we thought about casting Cha from the very beginning. We think he’ll perfectly suit the character in the drama,” said the producers in a statement.

This is Cha’s second appearance in a drama written by the famed drama-writing duo, the Hong sisters. His first Hong sisters’ drama was “The Greatest Love” (2011), in which he appeared with actress Gong Hyo-jin.