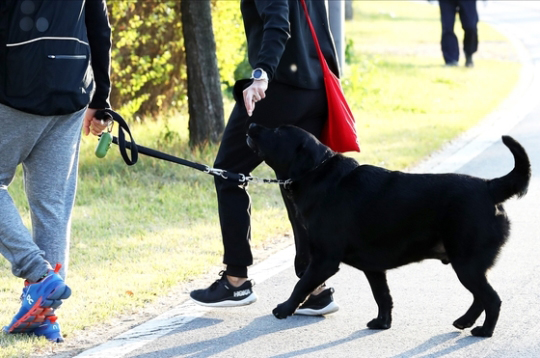 Lately, people who don’t have dogs are openly expressing their discontent with pets online and offline. They share stories of when they were unable to walk down the street without getting scared by dogs as pet owners increase.

What makes people most enraged is the attitude of pet owners that claim that their dogs don’t bite and that people are overreacting. We don’t even have to refer to the law to know that having a leash on the street is good etiquette.

But many pet owners are reluctant to keep dogs on a leash. When you run into an irresponsible pet owner who believes their pet is equal to humans, it is not hard to be offended.

As people grow uncomfortable with unleashed pets, the incident of a celebrity’s dog biting and possibly killing the owner of a famous restaurant added fuel to the fire. However, creating dog phobia and demanding all dogs wear muzzles is a different story.

In fact, the problem is not the dog but the owner. It is not all pet owners, but some irresponsible ones like the family of boy band member Choi Si-won who already knew about the problems with their dog but did not respond accordingly.

What we need to discuss as a society is not whether to euthanize the violent dog but whether the irresponsible and thoughtless people who believe that the freedom of their pet is more important than the safety of their neighbors should be allowed to have dogs. If necessary, we may want to consider the pet licensing system that Germany has.

Patricia McConnell, an animal behaviorist and dog trainer, wrote in her 2003 book “The Other End of the Leash: Why We Do What We Do Around Dogs” that many trainers find it harder to deal with owners than dogs.

When they train dogs, they focus on the actions of the owners, not the dogs, but the owners often repeat their mistakes no matter what they are told, just as Choi and his family did.