The road to innovation

The road to innovation 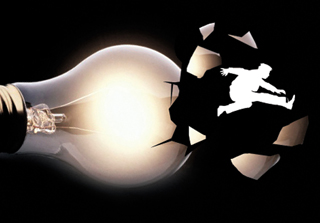 Innovative growth has appeared as a relief pitcher in the Moon Jae-in administration’s economic strategy. The starting pitcher was income-led growth, but the concept was ambiguous. Increasing wages and household income to boost spending can be a short-term policy to get the economy out of a slump, but it might not be a sustainable growth policy. Raising the minimum wage and putting contract workers in full-time positions benefits the workers who already have jobs, but such policies could negatively affect young job seekers, small businesses and mom-and-pop stores.

Innovative growth is a grand title, but the administration has yet to define specific strategies. There is worry that the policy might focus on short-term results, like providing assistance to certain companies and industries to create more jobs, rather than laying a foundation for innovative growth in the long term.

Innovation is about introducing newer and better ideas after abandoning outdated ones. Innovative growth can be effective when outdated models are scrapped and new technology, knowledge and systems are installed to continuously enhance overall productivity.

In economic growth theories, intangible ideas and knowledge are more valuable as sustainable growth drivers than tangible elements like labor and capital. Ideas and knowledge can be used by everyone all at once and have great impact on the entire economy. When good ideas and knowledge accumulate, overall productivity improves. These ideas include economic, political and social systems affecting production as well as innovative technologies.

In “Why Nations Fail,” Daron Acemoglu and James Robinson explained that countries which had been successful in history had “tolerant economic systems” that guaranteed the right to private property and fair competition, and allowed people to display their talent and potential and pursue wealth.

The Korean economy has accumulated concentrated labor and capital and attained rapid growth by imitating advanced technologies, but it is not considered to have the capacity for technological innovation on par with other developed countries. The World Economic Forum has ranked Korea relatively high in market size, infrastructure and macroeconomic environment, but 58th in systematic development and 73rd in labor efficiency.

The forum noted that Korea lacks competency in creating good policies. It said policies change frequently and lack consistency. Compared to other developed nations, there are too many unnecessary regulations, and the distribution of resources in labor and financial markets lack efficiency. When policy uncertainty is high and there are too many regulations and restrictions, companies are discouraged from making long-term investment for technological innovation.

Korea lacks both a workforce talented enough to lead technological innovation and a proper environment for start-ups. The United States remains the world’s biggest economic power because it can attract a talented workforce from around the world, focus on innovative research and has a system to commercialize new ideas. It offers an innovative ecosystem that allows companies with new ideas to thrive. In Korea, talented people are unwilling to take risks because it is very hard to recover from one failed venture. They are looking for stable employment with a salary and promotions determined by seniority.

The current administration is yet to go into full drive on innovative growth. It has yet to define a direction. I am afraid that other policies on equal distribution could hinder growth. The administration needs to establish a proper innovative growth strategy that includes regulatory reform, improvement of inefficient systems and workforce training to enhance productivity.

*The author, a former chief economist at the Asian Development Bank, is an economics professor at Korea University. His most recent book, co-authored with Harvard’s Robert J. Barro, is “Education Matters: Global Gains from the 19th to the 21st Century.”