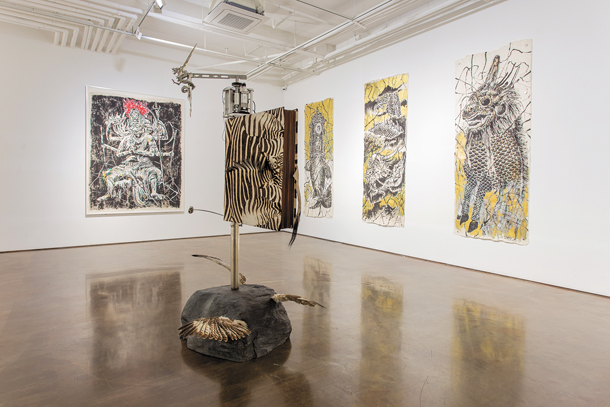 To Nov. 15: Sun Xun, an up-and-coming Chinese artist, presents 20 spectacular paintings of dashed-off brushstrokes in ink and mixed media and an animated film based on these ink drawings in his solo show. The works on display depict the artist’s impressions of Korea’s history and culture during the period of modernization, Sun said.

“Chiwen’s tears result from the regret of lost traditions and the joy of new changes at the same time,” he told reporters.

“Chiwen” refers to small sculptures of a dragon or other monsters perched as decorations on the roofs of old Korean and Chinese buildings.

Seoul Biennale of Architecture and Urbanism,

To Sunday: The first edition of the biennale, co-organized by the Seoul Design Foundation and the Seoul Metropolitan Government, focuses on the identity of a city as a whole, rather than parts of its infrastructure such as buildings or roads.

The festival includes a variety of exhibits which provide ideas on how to change the face of Seoul into a sustainable city that utilizes the limited resources of the modern world, while transforming the capital into a space for all to share.

THE ART OF DISSONANCE

To Nov. 12: The exhibition brings together 26 works from the British Council Collection by 16 contemporary artists mainly based in Britain, including Wolfgang Tillmans and Rachel Maclean. The show is held to celebrate UK/Korea 2017-18 Creative Futures. 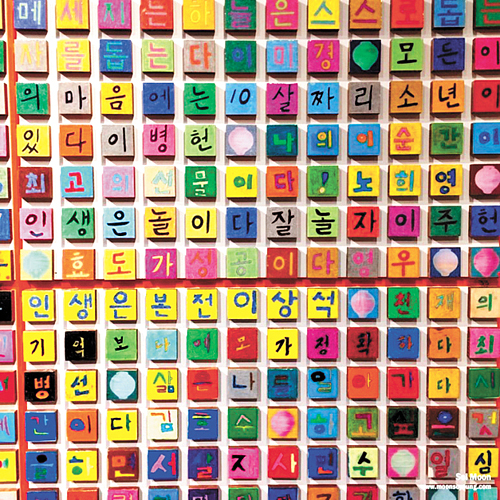 To Nov. 19: This exhibition allows visitors to take a look at the aesthetic aspects of hangul, the Korean alphabet, through a work co-created by the famous artist Kang Ik-joong and 2,300 others. As a variation of his “Things I Know” (2010) project, Kang asked 2,300 people, including Korean citizens and those learning the Korean language, as well as some celebrities, to write sentences that are always in their minds, using crayons on three-inch by three-inch square panels - one syllable per panel.

The sentences range from aphorisms to words of wisdom. After receiving thousands of sentences, Kang combined them to create the grand-scale public work.

Admission is free. The museum is closed on Monday. Go to Hyehwa station, line No. 4, eixt No. 2 and walk five minutes through the Marronnier Park.

To Nov. 26: This solo exhibition of veteran Korean artist Lee Bongreal, 80, shows how his abstract art evolved from the 1970s to today in 20 paintings.

Lee’s paintings in the ’70s, which he said were inspired by light through changho, Korean traditional door-windows made of translucent paper bolstered by wooden grids, which had grids and soft light in them.

In the 1980s, grids disappeared in his paintings but characteristics like achromatic tones and soft light remained and evolved with diverse forms of brushstrokes.

“I have looked after spaces of delicate resonance and peace in my paintings,” the artist told reporters late in October at the gallery. 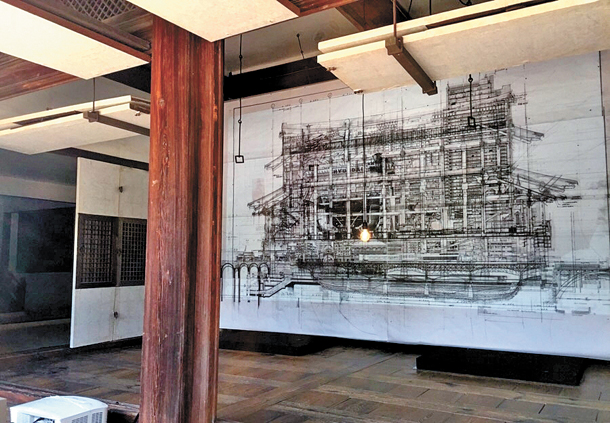 To Nov. 26: The second edition of the “Deoksugung Project” is a site-specific contemporary art show housed in the buildings and courtyards used as the main palace in the Joseon Dynasty’s tragic last days. The first edition of the exhibition was acclaimed by the public and art critics. In the 2017 edition, nine contemporary artists including Airan Kang, Yeondoo Jung and Jang Min-seung have created their works in various parts of the palace.

The 1,000-won ($0.88) ticket for the Deoksu Palace admission covers the exhibition. The palace is closed on Mondays. Go to Seoul City Hall Station, line Nos. 1 and 2, exit 10 and walk for five minutes.

To March 4, 2018: The exhibition features over 2,700 pieces of furniture and other artistic commodities made of plastic. The vast range of works celebrates the flexibility of plastic not only as a raw material that has practical uses, but also as a versatile material in art.

Over 70 percent of the works on display are products manufactured by Italian design company Kartell, which is a sponsor of the exhibition.