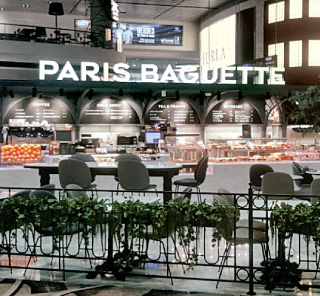 The first Paris Baguette in Changi Airport opened in February 2014 and has been well-received by airport passengers and workers. The three additional locations are in the newly opened Terminal 4.

Changi Airport is one of Asia’s largest transportation hubs, handling about 52 million passengers annually. Global food and beverage brands at the airport include McDonald’s, Starbucks and TWG Tea Boutique.

“The opening of three more stores at Changi Airport is a result of the group’s effort to compete with global brands and satisfy the airport’s strict standards,” an SPC Group spokesman said. “Through this opportunity, SPC Group aims to spread the excellence of Paris Baguettes’ brand to global consumers and use it as a stepping stone to expand into global markets.”

Paris Baguette alone has 290 locations in China, France, Singapore, the United States and Vietnam. Its first store outside Korea opened in Shanghai in September 2004.