Hyunbin gets crafty in ‘Swindlers’: New movie tells the tale of a con man that teams up with a prosecutor

Hyunbin gets crafty in ‘Swindlers’: New movie tells the tale of a con man that teams up with a prosecutor 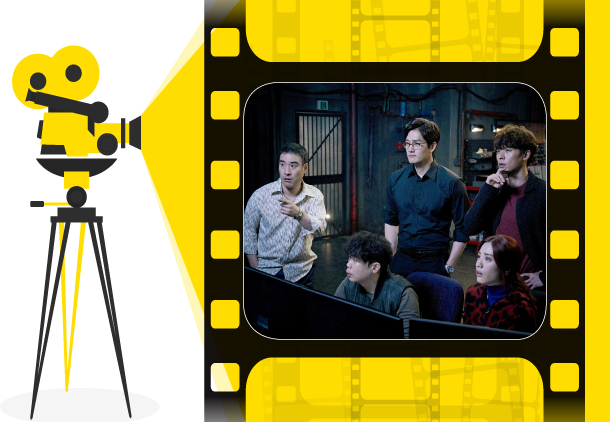 “The Swindlers” is an upcoming crime movie about a con man who cooperates with a prosecutor. [SHOWBOX]

Hyunbin has cultivated the image of a reliable man with strong convictions through his past works, which include action movie “Confidential Assignment” (2017) and TV series “Secret Garden.” But the 35-year-old shatters that idea in “The Swindlers,” where he takes on the role of a con man.

The Showbox-distributed crime flick centers on Ji-seong (Hyunbin), a con man who only cheats other swindlers, and ambitious prosecutor Hui-su (Yoo Ji-tae). The two work with a team of con artists to track down an infamous con man named Du-chil, who fled Korea after amassing billions of won from ordinary people through a pyramid scheme.

Though the police officially pronounced Du-chil dead, Ji-seong believes Du-chil is still alive. As the story unfolds, however, Ji-seong’s already tense relationship with Hui-su is aggravated as the unscrupulous prosecutor starts to doubt Ji-seong’s dishonest remarks and strange behavior.

“I hoped to make a movie where villains are properly punished. Instead of simply depicting good triumphing over evil, I wanted to take a different approach in [presenting the audience] with a sense of thrill,” said director Jang Chang-won during a press event held in Seoul Friday. “I tried to make the movie immersive by including diverse characters.” 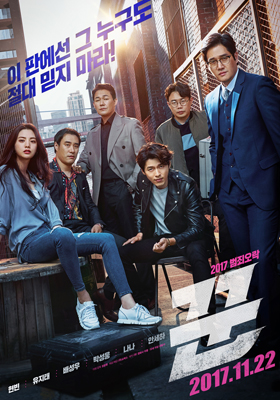 As the director had intended, the upcoming piece, co-starring Bae Seong-woo, Ahn Sae-ha and Nana from girl group After School, features con artists who are given distinct yet banal roles that range from an IT guy who can crack pretty much any gadget to a shrewd con man thirsty for revenge. Nana’s role, the only female character in the team, also does not diverge much from other female roles in past crime movies, where they use their physical charm to deceive people.

Du-chil was inspired by Korea’s most notorious con artist Cho Hee-pal, whose pyramid scheme left 30,000 victims. The dramatic story has been adapted into several crime movies like “Master” (2016) and “Biting Fly” (2017).

“There have been a number of crime movies that were made based on true stories. But the big difference between those movies [and ‘The Swindlers’] is the subject that gets punished,” explained the director, adding that the film’s depiction of who gets punished will deliver the audience a meaningful message.

While playing his character, Hyunbin focused on thrilling the audience.

“[While acting], I thought about how I would be able to deceive not only the swindlers from the film, but also the audiences to entertain them,” said Hyunbin. “Rather than feeling pressured about its box office success, I rather feel excited about how the audience will perceive the movie.”

As for Yoo, the actor was drawn to the film in the hope of expanding the roles he plays.

“I wished to be able to pull off diverse roles in order to expand my acting career. I want to continue challenging myself to play a variety of roles, whether they are good-hearted or evil characters,” said Yoo.

For Nana, who appeared in the Korean remake of the U.S. TV series “The Good Wife” (2016), the film marks her big-screen debut in Korea.