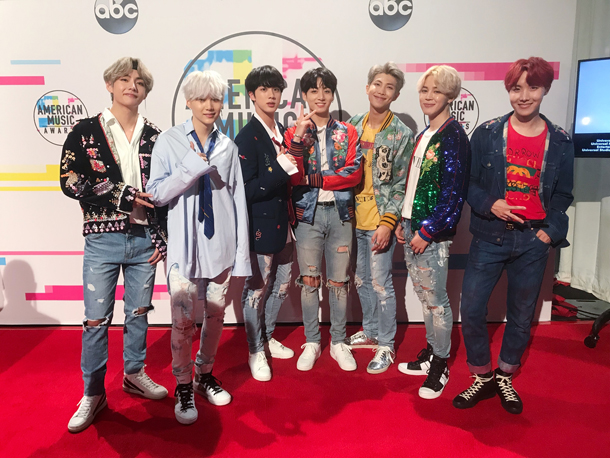 The K-pop sensation performed its hit single “DNA” at the 45th American Music Awards (AMAs) at the Microsoft Theater in Los Angeles, which was aired live by television network ABC.

BTS, also known as Bangtan Boys, became the first Korean act to be invited to the awards ceremony.

“I can’t believe it. I’m so honored to be here,” J-hope said during an interview with Access Hollywood before the red carpet event for the AMAs. He attributed the honor to the group’s official fan club A.R.M.Y.

While in Los Angeles to attend the AMAs show, the boy band has appeared on CBS’ “The Late Late Show With James Corden” and the popular ABC talk show “Jimmy Kimmel Live!”

The seven-member group will also appear on NBC’s “The Ellen DeGeneres Show” before returning home.