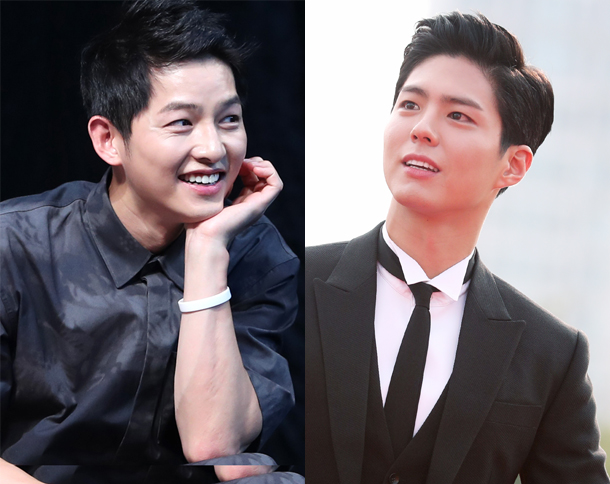 Actors Song Joong-ki, left, and Park Bo-gum, right, will be the hosts of the 2017 Mnet Asia Music Awards (MAMA) in Hong Kong and Japan, respectively, which will be held from Nov. 25 to Dec. 1. MAMA, one of Asia’s biggest music awards shows, is organized by entertainment company CJ E&M.

Song, who recently married actress Song Hye-kyo has became one of the most popular Korean celebrities globally after his leading role in the hugely successful 2016 KBS drama, “Descendants of the Sun.” MAMA in Hong Kong, to be held at Asia World-Expo Arena, will be the actor’s first official event after returning from his honeymoon in Spain last Friday.