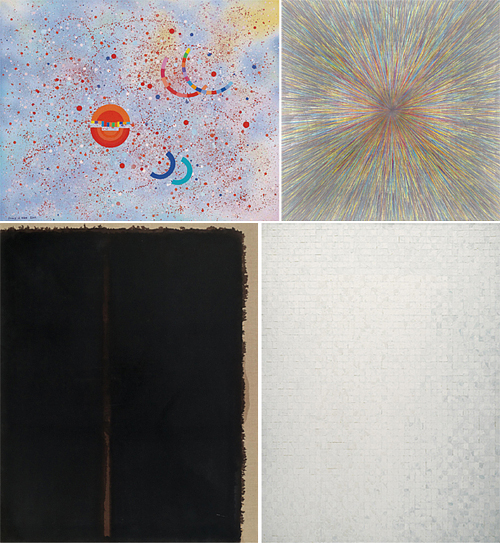 A new light will be shed on Korean abstract art from the periods before and after the world-famous dansaekhwa movement at local and foreign auction houses’ sales scheduled for this weekend in Hong Kong, market insiders said on Wednesday.

The “Asian Contemporary Art” day sale on Sunday will include a special section titled “Natural Selection,” curated by independent curator Choi Dusu and featuring 13 young Korean artists. Some of them, such as Ji Keun-wook and Choi Sun, present contemporary abstract paintings in different contexts from modern abstract paintings.

In its prestigious evening sale on Saturday, the auction house will put up four paintings by three big names of the dansaekhwa movement - Park Seobo, Chung Sang Hwa and Yun Hyong-keun. Dansaekhwa, or Korean monochrome painting, is a style of mainstream Korean modern art from the late 1960s to the early ’80s, led by artists mostly born around 1930.

Christie’s Hong Kong will auction about 40 pieces of Korean artists’ works in total this weekend.

Seoul Auction, Korea’s leading auction house, will also present abstract paintings by artists in the generations before and after dansaekhwa among its total of 100 pieces at its Hong Kong sale on Sunday evening.

“The percentage of dansaekhwa pieces among the total works [on offer at] recent sales has been steady at 30 to 40 percent,” explained Son Ji-sung, head of the public relations team of Seoul Auction. “They no longer pull up the bid prices dynamically but solidly bolster the sales.”

“So, now, for this Hong Kong sale, we present Kim Whanki’s 1964 abstract painting [before his ‘dot paintings,’ which are considered to have inspired dansaekhwa] and works by three ‘next-generation’ abstract painters born in 1950s - Lee InHyeon, Kim TaekSang and Jang SeungTaik,” she added. 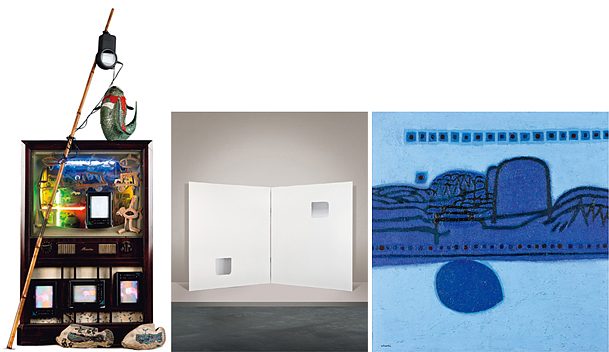 The 1964 painting by Kim Whanki (1913-1974) is considered by researchers of the Korean abstract art pioneer to be important, because it shows his transition from earlier half-abstract paintings to the celebrated “dot paintings” in the 1970s. Now the six most expensive Korean paintings are all dot paintings created by Kim in New York in the 1970s, including “Tranquility” at the top position, having fetched 6.55 billion won ($5.75 million) at K Auction’s Seoul sale early this year.

Oh’s 1993 painting “God of Valley” will be offered at the sale as well as works by dansaekhwa artists including Chung and Lee. Oh, born in 1946, is a painter belonging to the generation that followed the dansaekhwa generation.

“The process for an artist to become a ‘blue chip’ in the market is as follows: First, bids for an artist’s works surge at international auctions. Then the world’s major galleries take interest and, after studying the artist, begin to deal with him or her, holding solo exhibitions. Finally, the world’s major museums hold solo exhibitions of the artist, solidifying his or her status in art history,” said So Jin-su, an art market expert and professor at Kangnam University in Yongin, Gyeonggi.

“Dansaekhwa pieces have already passed the stage in which they give a new boost to the auction market. Now, auctioneers will focus on finding new energizers - possibly abstract paintings before and after dansaekhwa,” So said.