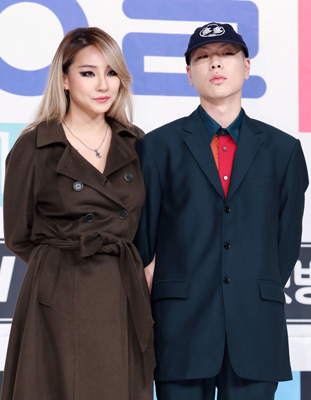 CL of 2NE1,left, Taeyang of Big Bang and Oh Hyuk, right, from the band Hyukoh will star on the upcoming tvN variety show, “Double Life,” which will air its first episode on Thursday.

The program gives viewers a look into the everyday lives of the top stars. Jeon Sung-ho, the show’s producer, said at a press preview on Wednesday, “Everyone has two sides and I believe musicians especially have larger gaps between those two.”

CL added that, “Many people think new songs just come about easily, because they don’t get to see the process behind the scenes. I want to show how much energy we use for even a single performance or the simple side of us while we are taking a break.”

Jeon revealed that CL took a major role in planning the show, and she was the one who cast Taeyang and Oh Hyuk.

“I am personally quite close with the two, and I thought that we all have many things in common, like how we act like drama queens sometimes,” added CL.

Singer-comedian Jung Hyung-don and Defconn, comedian Yoo Se-yoon and rapper-producer Kush will star as MCs. “I wanted people to interpret the footage, and the four emcees were perfect as they are musicians too,” said Jeon.