KIPS clamps down on copycats

KIPS clamps down on copycats 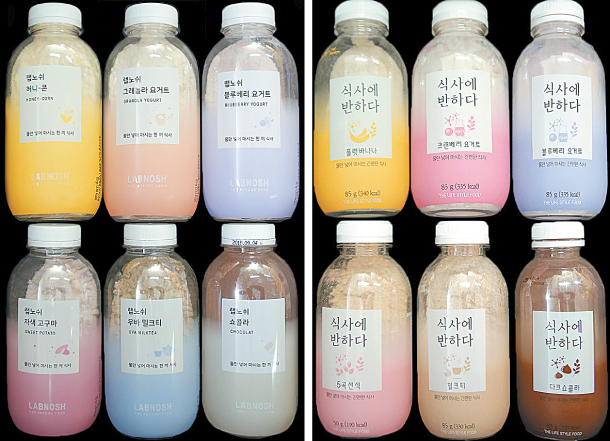 It also ordered Mother Love - the supplier of the imitations- to stop manufacturing or selling the product.

This is the first time the government body has directly ordered a company to stop manufacturing a product that is in violation of the unfair competition prevention law, which mainly deals with trademark theft.

Other meal replacement powder products have been copying Lab Nosh since the company’s early days, but Ignis CEO Park Chan-ho explained in an interview with the Korea JoongAng Daily that “Mother Love went too far to reach a level that would create confusion among consumers in differentiating from the original.”

What became a problem was that the imitation, released in August this year, has similar flavors to Lab Nosh and packaging that mimicked the original. For example, Mother Love’s “Blueberry Yogurt” has the same name and violet packaging as the original Lab Nosh product. Mother Love argued that the packaging style had already been adopted by other meal replacement powder products.

The office also pointed out that the similarity in packaging and the product’s form violated the law, which prohibits goods that could legitimately be confused with existing products.

“If there are no changes made within 30 days, we plan to pass the case to investigative agencies, whether it’s the prosecution or the police,” said KIPS in a statement.

In July, KIPS acquired the right to investigate and recommend corrections regarding so-called copycat products as the result of a reform to the unfair competition prevention law.

The state institute further warned that it will enforce inspections on cases that infringe the ideas of smaller companies and impose harsh penalties.

“We hope today’s recommendation of correctives will mark the beginning of a decline in copying a product’s packaging in the food industry, where releasing copycat products is rampant,” said Kim Tae-maan, a KIPS official. He further added that copying the design of a store and ideas also fall into the category of unfair competition.

Such directions are part of a larger government initiative to stop large companies benefiting from copying smaller companies’ ideas. Earlier this month, Fair Trade Commission Chairman Kim Sang-jo said that technology theft from SMEs will now be investigated centrally by the FTC.