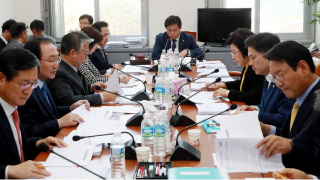 The Year of the Rooster is about to end. This year has been especially eventful for Korea. For the first time in history, a president was impeached and imprisoned and a new president was elected. China pressured South Korea over Thaad deployment, and North Korea is driving the Korean Peninsula to the brink of war with a series of ICBM test launches.

I went to a bookstore. This time of the year, books on predictions and forecasts of the future are displayed. One book is titled, “The Grand Prophecy of a War in the Korean Peninsula.” Crises are approaching, and it is hard to predict the future. But people seem to be interested in these books as they are pressured to act fast to survive and beat the competition in the new year.

It would be nice if a silver-bearded prophet or a vision-filled book could show us the future. As we all know, it is only possible in a movie or a novel. How can we predict the future? If you lack creativity and imagination, you need to copy well, as if trying to learn the secrets from top students or rich people.

After visiting Finland in 2013, former Prime Minister Chung Hong-won said, “In Finland, 26 ruling and opposition lawmakers discuss the future of the nation 30 years later every day. Bills related to future debt risk must go through this committee, and when a new prime minister comes in, a vision for 15 years into the future needs to be submitted to the committee.”

Finland was on the verge of national economic crisis due to the collapse of Nokia, but it still boasts a world-class educational environment and has the 16th highest per-capita GDP at $45,693 (IMF, 2017). Korea is jealous of Finland, as the administration changes every five years, and new administrations often override the strategies and policies of their predecessors. Finland constantly contemplates the future and drafts strategies. This is the secret of Finland, the top student in Northern Europe.

It was not reported by the media much, but a very meaningful bill for Korean society was passed in the National Assembly on Nov. 24. It is the National Assembly Future Institute Act. The establishment of a future strategy research institute under the legislature is unprecedented not only in Korea but also in other countries.

By installing a permanent future center under the legislature, not the executive, it aims to study and establish long-term state future strategies free from the influence of a particular administration. The National Assembly Future Institute Act was initiated by the 19th Speaker Chung Ui-hwa and has been completed by incumbent Speaker Chung Sye-kyun. This is a precious bipartisan law. Hopefully, the National Assembly Future Institute will be launched according to the original plan.