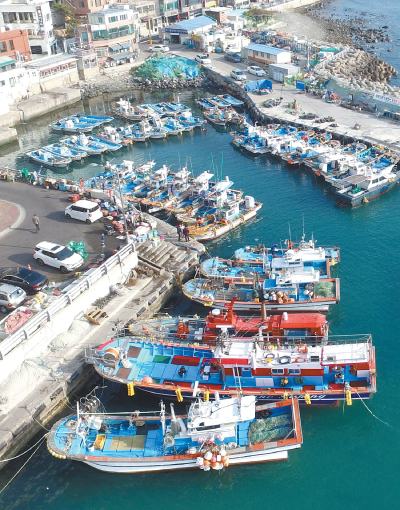 Fishing boats docked at a Mipo port in Haeundae, Busan, on Thursday. Various government departments, including the local government as well as the Korea Ship Safety Technology Authority, conducted safety inspections on boats in light of the recent accident that killed 15 people including the captain of a fishing boat after it collided with a 336-ton oil tanker near Yeongheung Island, Incheon on Sunday. Minister of Oceans and Fisheries Kim Young-choon, during a hearing at the National Assembly on Thursday said the government will revise the safety management of fishing boats as the number of people who are taking up the hobby reached 3.4 million. [YONHAP]