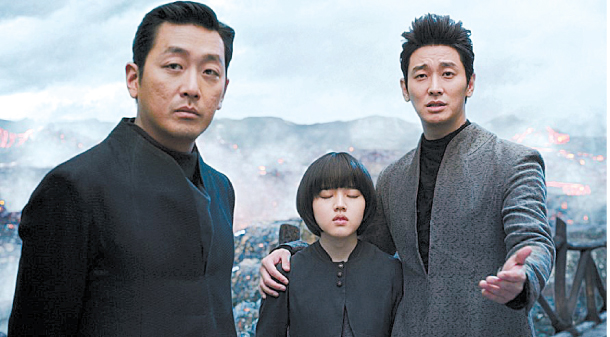 Kim was a firefighter who died saving a little girl from a fire. When he dies, the two Grim Reapers, Haewonmaek and Deok-choon, appear before him to guide him through his trials. Ja-hong hardly believes that he is dead but Deok-choon praises him as a righteous man who died a noble death.

At the entrance to the underworld, another Grim Reaper named Kangrim awaits Ja-hong, and will serve as his lawyer throughout the seven trials. The three Grim Reapers have received a promise from the king of the underworld that if they are able to reincarnate 49 righteous humans in 1,000 years, they will also be able to be reincarnated as humans again, and they have high hopes that Ja-hong may be the rare person who is certain to be reincarnated.

Ja-hong is played by Cha Tae-hyun while the three Grim Reapers are played by Ha Jung-woo, Ju Ji-hoon and Kim Hyang-gi. 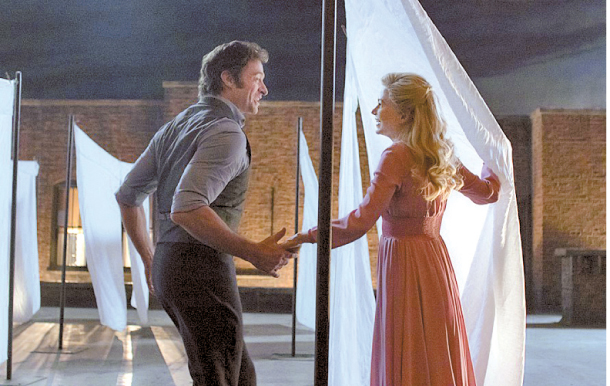 Inspired by the life of P.T. Barnum, the founder of the Barnum & Bailey Circus, this musical film depicts the process of how the famous circus came to be.

Barnum was an ordinary man until he came up with the idea to start a business where he could show to the world the wonders that people only dreamed or imagined of. As he gathers his crew members for the circus, all sorts of people who have been shunned from society because of their differences come forward to show their real selves through the show. Through hard work and practice, word about the circus passes from person to person, but as it becomes more popular, protesters who deem the crew as freaks also rise.

The production team behind “Beauty and the Beast” (2017) and the composers of “La La Land” (2016) have come together to pass on the message that “Everyone is special in their own way.”

The classic Christmas story that will put audiences in the holiday mood is back in theaters. Nine stories highlight the message that, in the end, “All you need is love.”

They may not all end happily, and some of them depict real-life situations of failed love, but nonetheless the stories warm the heart.

A bus driver named Paterson works in Paterson, New Jersey. He lives with his artist wife Laura and her dog Marvin. His routine is the same every day. He wakes up each morning at the exact same time, kisses his wife’s cheek, eats his cereal with milk, packs up the sandwiches that Laura made for him and goes to work.

He meets the same people at work, drives around the same section, eats his lunch by the waterfall and goes back home walking the same path that he went for work.

He eats the dinner that Laura made for them and walks Marvin, then goes to the bar for a drink. The movie goes on to describe the rest of his week, which follows the same pattern.

But Paterson is a poet, and he writes poems whenever he can, getting inspiration from his daily routine. Although each day may be similar, he turns the conversations he catches on the bus, at the bar, from his walks and even when he’s eating his cereal into poetry. 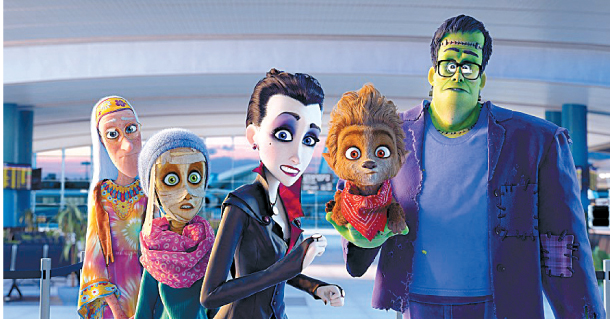 The Wishbone family often fights when they are at home. It has been officially one year, nine months and 23 days since the whole family last gathered together to spend time with each other. To bring together the family once more, Emma, the mother of the family, finds a Halloween costume party for them to attend, and she urges the family to prepare costumes.

Meanwhile, while searching for vampire teeth for her costumes, she meets a lonely guy named Dracula, who falls for her. After he tries to chase after her, the entire Wishbone family turns into monsters based on their costumes.

When Ash turns 10 years old, he is finally qualified to become a Pokemon trainer. However, he sleeps in late and is the last one to receive a Pokemon from the Professor Oak’s lab. The last Pokemon left is Pikachu, the shyest and the most stubborn one of all. Ash is still happy to get his first Pokemon.

Although they do not get along at first, Pikachu and Ash build their friendship, and they happen to come across Ho-Oh, a legendary Pokemon, who drops a feather known as the Rainbow Wing and flies away. The Rainbow Wing is only given to the “rainbow hero” who is destined to receive it.

Ash and Pikachu decide to search for the Pokemon, embarking on their first adventure together.

Everyone knows how the first Christmas came to be: when mother Mary gives birth to God’s son, Jesus. However, there is a hidden story behind the first Christmas, in which three animals helped Mary and her husband Joseph to escape from the soldiers sent by King Herod. The three animals are a donkey named Bo, who was tired of being confided to the mill and escapes to join a traveling caravan where life could be so much more exciting; his mischievous dove friend Dave, and the lovely sheep Ruth. The three animal friends and other animals who have seen “the star” all help Mary and Joseph, and this film tells of the animal friends’ adventure which helped to bring the celebrated Christmas that everyone loves today.

“How would one spend their life if they had only a few months to live?”

Out of nowhere, Mr. Mo is diagnosed with cancer.

The rest of his life starts with a bang. Before his diagnosis, Mr. Mo was an ordinary barber who cut hair for the people of his town. After hearing the news, he summons his son, a movie director, and his girlfriend, and asks them if they would make a movie with him.

For his deceased wife, who liked Charlie Chaplin, and for his son, he is determined to give them one last present, and invites everyone that he holds dear to his movie premiere on Christmas. 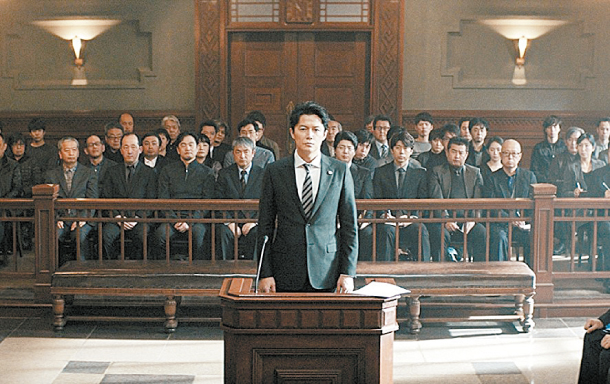 The murderer had confessed everything. His death sentence was final.

Shigemori was a cool-headed lawyer who only cared about his client’s wishes and his victory in the court. And the case looked like it had been all settled, with the murderer, Misumi, having confessed his crimes. Everyone is sure that the murderer is through this time, until Misumi turns over his testimony. Everything goes wrong, as Shigemori, Misumi’s lawyer, finds out that no material evidence exists against his client.