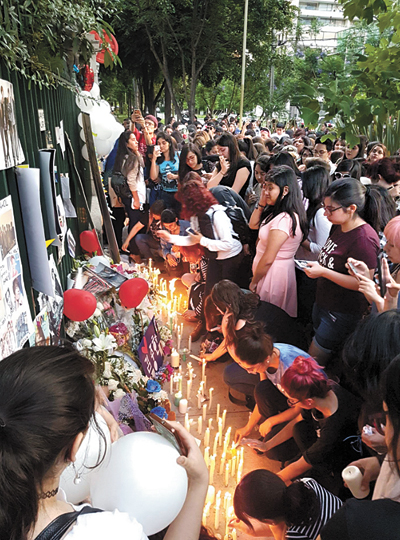 Chilean K-pop fans light candles and offer flowers at the Korean Embassy in the Chilean capital of Santiago Wednesday to mourn Kim Jong-hyun, member of K-pop group SHINee. A funeral service for Jonghyun was held at Asan Medical Center in southern Seoul on Thursday, attended by his family, close friends and fellow artists. [YONHAP]