On the front line

On the front line 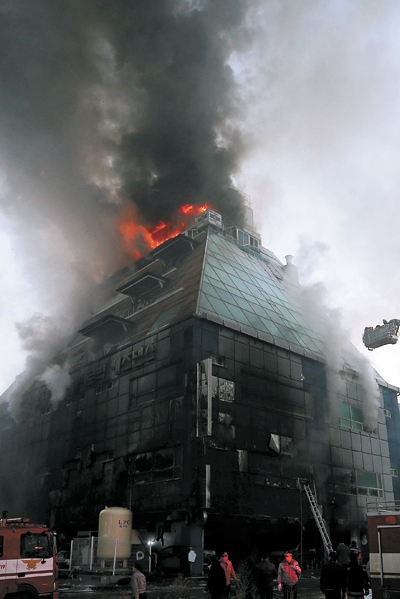 Firefighters battle a blaze at an eight-story fitness center in Jecheon, North Chungcheong, on Thursday afternoon, which killed at least 16 people as of press time Thursday. The local fire department said three people were rescued from the rooftop and some 10 injured people were taken to nearby hospitals. Authorities said they suspect the fire began in the ground-level parking lot of the building. [YONHAP]