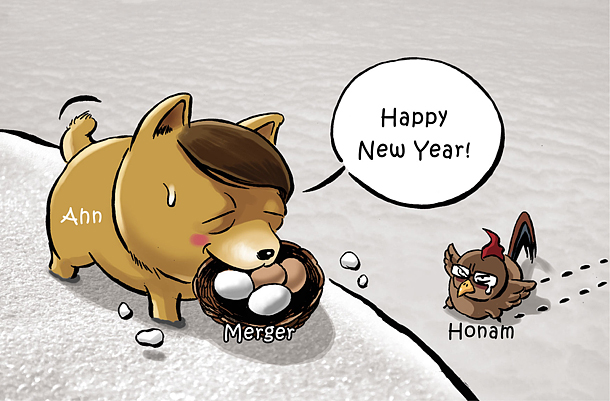 On the last day of 2017, the year of the rooster, the People’s Party announced that three quarters of its members in a poll conducted last week supported their leader Ahn Cheol-soo’s push for a merger with the conservative Bareun Party. Members from the Honam region, however, are opposed to the merger. According to the Chinese zodiac, 2018 is the year of the dog.